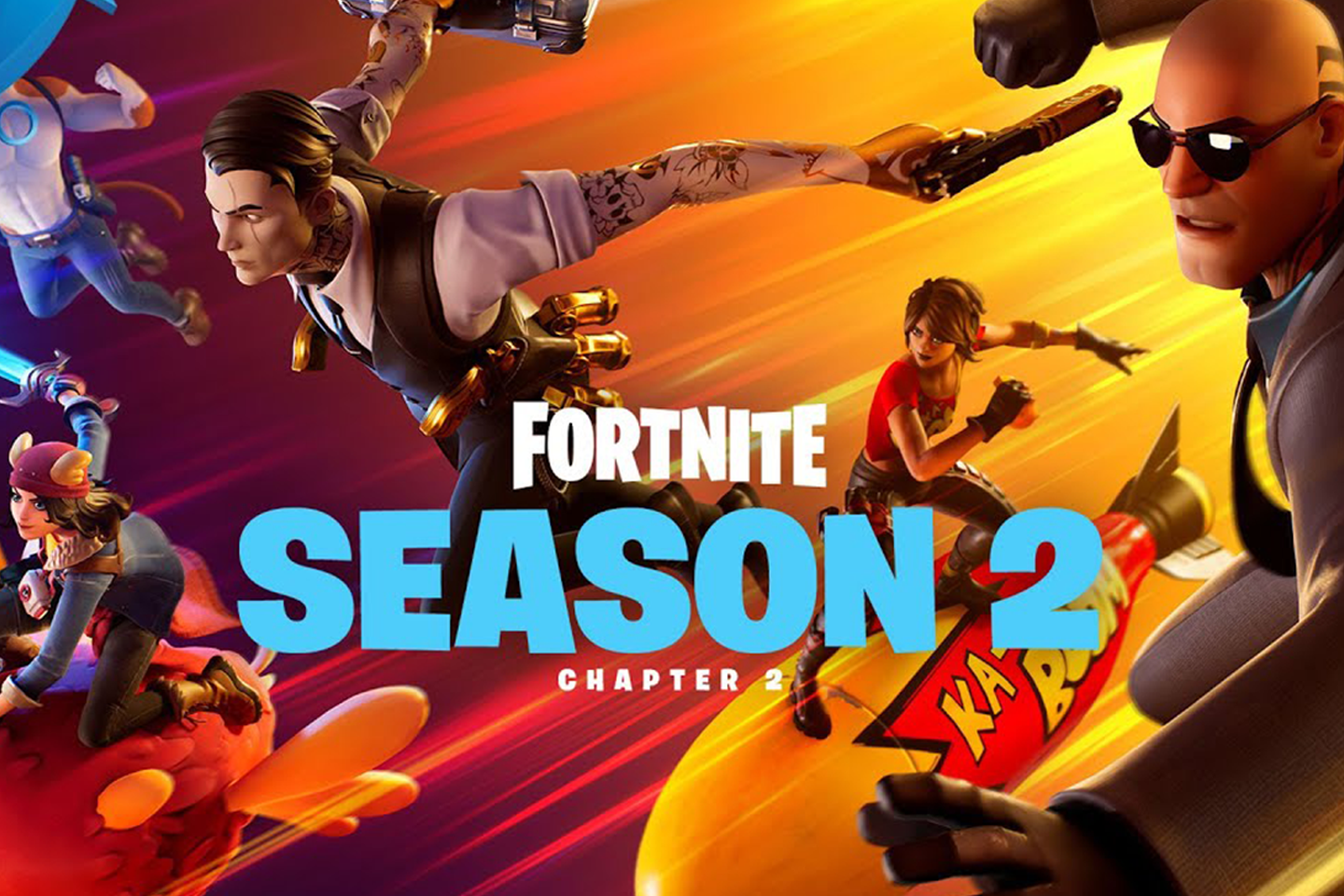 Nick argues in favour of the cool-to-hate battle royale.

Swallow your pride, it’s time to go back to Fortnite.

I know. I can’t believe I’m saying it either! One of the coolest games to hate is in fact, a heck of a lot of fun right now, thanks to its ever-evolving nature. What started off as simply a Battle Royale game with building and a bright, colourful art direction has well and truly grown and flourished over the years, and even though I was staunch in my objection to playing the game (simply because I wasn’t any good at it) even I can’t deny that it is as polished and enthralling as an action game can get.

I should probably point out at this point that when I talk about Fortnite, I’m referring to its Battle Royale game mode. Its ‘Save the World’ mode has been an absolute mess since it launched, and ironically, cannot be saved (best to pull the plug on that one, Epic). 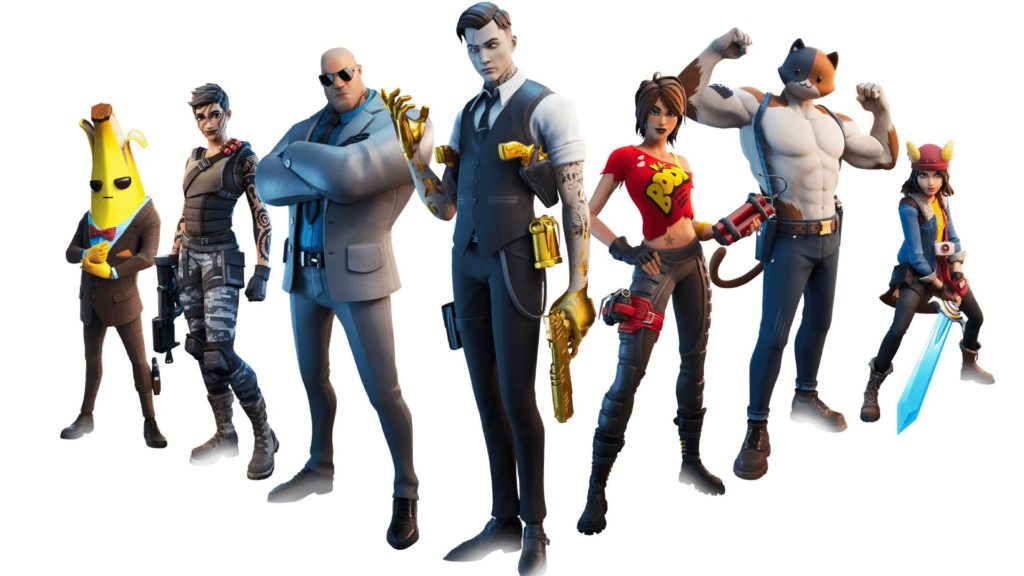 So why go back to Fortnite?

Fornite has constantly evolved since its launch back in September 2017. Gameplay mechanics have been constantly added, tweaked and expanded, the map itself has evolved, devolved and even completely destroyed, and limited time modes have been enjoyed by hordes of fans. There’s a lot more to the game’s success than it’s bright visuals and building mechanic.

Though Fortnite shares a lot in common with other Battle Royale games, I believe it’s unfair to draw a direct comparison to its peers, mainly because Fortnite evolves at a lightning-fast pace, while other BR games struggle to keep up. I also regularly play Hi-Rez’s ‘Realm Royale’, but I feel I have seen all that the game can offer me. The only time I return to it is after a major announcement or overhaul of the game. Realm Royale is serviceable, reliable, and a great game, but its developers haven’t experimented with it in the same way that Epic has with Fortnite.

It’s that experimentation that truly gives Fortnite longevity. The fact that even its most hardcore fans don’t know what lies in store for them. From strange cubes appearing all over the map, to the map itself being sucked into an enormous black hole in space, Fortnite is never afraid to go where no game has gone before.

What does Fortnite look like in 2020, and why is it worth going back to?

Fortnite is currently in Chapter 2, Season 2. Titled ‘Top Secret’, Fornite’s current Battle Pass is all about becoming the ultimate super spy, while still defeating as many of the other 99 players that you can. You’ll infiltrate different locations, such as an oil rig, high-tech agency building, shark fortress, and more in search of enemy agents to defeat and shakedown for intel. Each enemy agent has a unique weapon that is well worth acquiring, and each location has a locked vault chock-full of high-level weapons and equipment for you to pilfer.

Of course, being a super spy means having to be stealthy at times. Do you disguise yourself as an agency henchman, sneak through air vents or hide in a box like Solid Snake? Maybe you’ll arm yourself with silenced weapons and bide your time, waiting for someone to open the vault for you? There’s lots of sneaky additions to the game that vary up the gameplay. 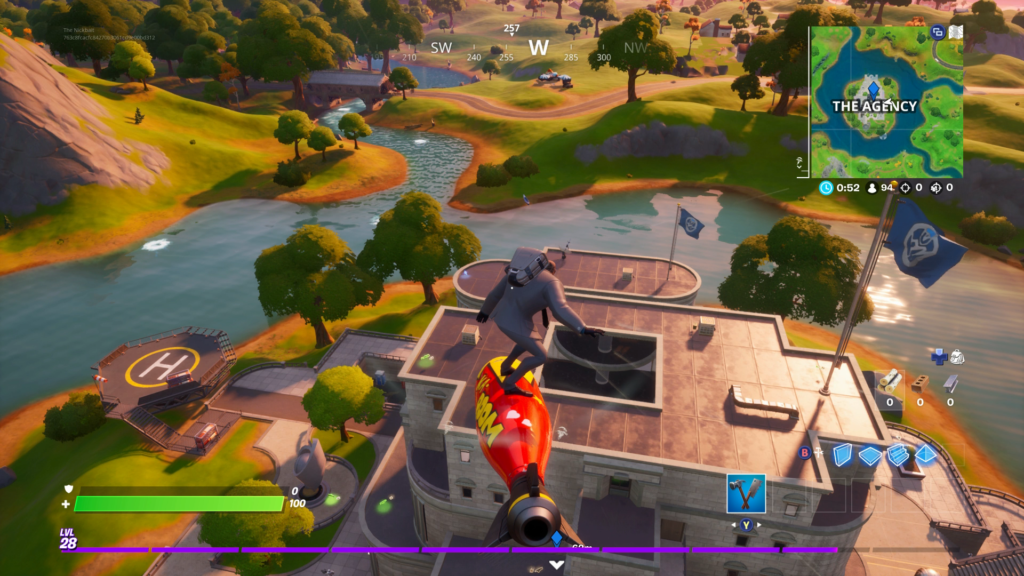 Ziplines are back up and running, meaning players are able to scale massive distances a lot quicker – even faster if they’ve managed to relieve Skye of her infinite grapple gun.

A lot of the Battle Pass’ challenges and features are locked at present, and will be staggered out over the course of a few weeks. Marvel’s Deadpool has also sneakily infiltrated the game, hiding in the agency’s air vents and issuing weekly challenges. If you’ve ever wanted to unlock Deadpool in Fortnite, now is your chance.

Speaking of future updates, Epic have stated that bigger updates may be coming quicker to Fortnite moving forward. This might mean new locations, new guns (it would be nice if Mythic class weapons were available in some way after Season 2). Rumour is that different loadouts will be able to be saved in a future uppdate. That means no more changing every single little thing if you want all your gear to compliment your character skin.

This current Battle Pass is my personal favourite, though it is a damn sight more challenging than previous ones. To get the most out of it, you’ll have to complete challenges, defeat other players, and learn to stealth it up like James Bond or Ethan Hunt. It’s crazy to think that Fornite is even more entertaining than it’s debut three years ago, but here we are. It’s a blast with friends as well as on your own, and it’s only going to get better. If you’ve avoided the battle royale darling because it was too hard, it’s more balanced and varied now than ever. Time to hop back on the Battle Bus.

Goodbye Gulag, Warzone’s Stimulus Solos Should be the New Norm