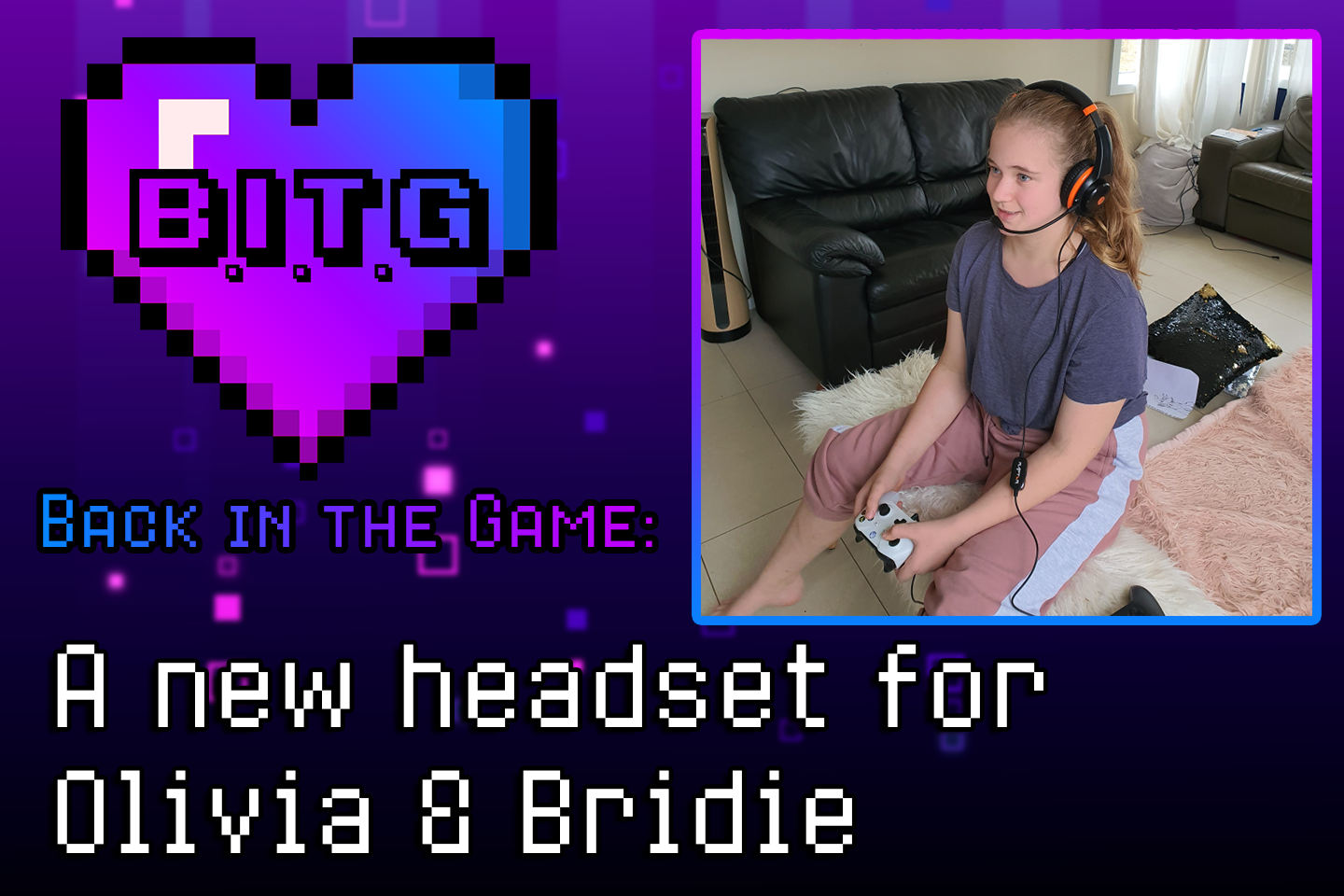 Thanks to STEALTH, Lockdown will be less of a drag for Olivia and Bridie.

I’ve always been a firm believer that video games can help people. Games can help the disabled, the isolated, the LGBTQI+ community, and indeed, so many more.

Whether its expressing one’s self through in-game avatars, connecting with others in a relaxed and comfortable online setting, working together towards achieving a shared goal, or simply feeling pride in displaying skill at a game, video games prove themselves to be an essential tool for a number of people.

I use them in my work as a disability support worker, planning and executing social gaming sessions for those on the Autism Spectrum. The feedback has always been incredibly positive.

It was through my support work that I met the a hard-working family with two very bright young daughters: Olivia and Bridie. The girls expressed an interest in playing more video games, though they only had access to a PlayStation 2 with a small amount of games. After working closely with them, their mother, Nicci and I decided to try a number of games I recommended on an Xbox One. The girls also had played Minecraft and Roblox before, which are also available on Xbox One.

We played a number of games that encouraged social interaction between players, such as the Jackbox Party Pack games and Minecraft. Nicci told me it was wonderful to hear her girls laughing so much, and that they were enjoying themselves together. We discussed how Xbox Game Pass and Xbox LIVE, and how Game Pass allows people to try out a number of games without having to buy them outright – it’s like Netflix except you’re playing games. Xbox LIVE would allow the girls to play games with other Xbox users so that they could set up their own gaming sessions.

It was clear: the girls would benefit from getting an Xbox, which we were able to organise quickly as a good friend of ours, Bessie Jay, had a spare.

With COVID-19 affecting many at the moment (including support workers and those who need them) I knew Olivia and Bridie would need a headset for communicating with other Xbox gamers. At a recent event for STEALTH Gaming in Sydney, I met up with some STEALTH reps who offered their support for BITG. We now had a headset for the girls – everything was coming together!

I’m happy to say that the girls now has an Xbox One S, 12 months of Xbox LIVE for each of them, as well as a STEALTH Raptor Multi-Format Gaming Headset. They also have an amazing Minecraft world going at the moment, with eco-friendly solar panels, wind turbines, a panda and bee sanctuary and…a house made out of ham.

A big thank you to Nicci, Bridie and Olivia for allowing me to share this story, as well as Speak Comms and STEALTH Gaming for their donation of gaming headsets. We’ll be giving away more to some deserving people soon!

If you’d like to donate to Back in the Game (BITG) you can do so here.