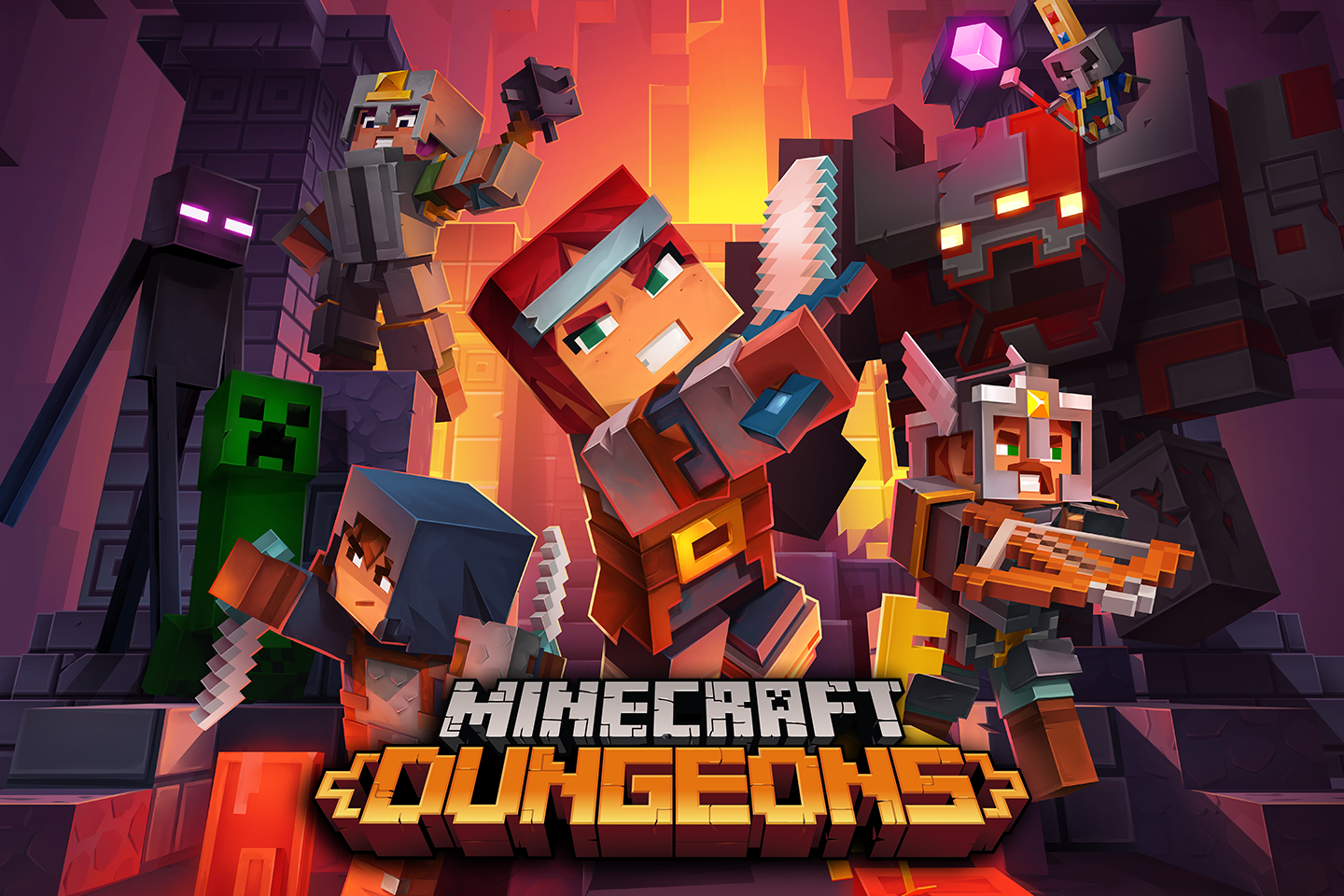 A spinoff that’s easily worth its weight in redstone

When trailers started dropping for Minecraft Dungeons, I let myself get excited for the game. I say “let myself” because far too often, I am misled from promising trailers and the final game fails to meet my expectations. “If this is good, I’m going to get so much out of this”, I thought.

Getting the hang of the gameplay is extremely easy, but don’t underestimate the game: Minecraft Dungeons can provide a hearty challenge – even for experienced ARPG fans.

Fast forward to now, and Minecraft Dungeons is out on consoles and PC. I’ve played it on PC and Xbox One, and am eager to play end-game content with all my friends when crossplay finally drops.

In case you haven’t heard of it, Minecraft Dungeons is a dungeon-crawler ARPG from Mojang Studios (with console ports handled by Double Eleven) in the vein of series like Diablo and Torchlight. With a focus on multiplayer and accessibility, it aims to be a user-friendly, all-ages adventure that can be enjoyed online or on the couch – does it succeed? You bet your diamonds it does! 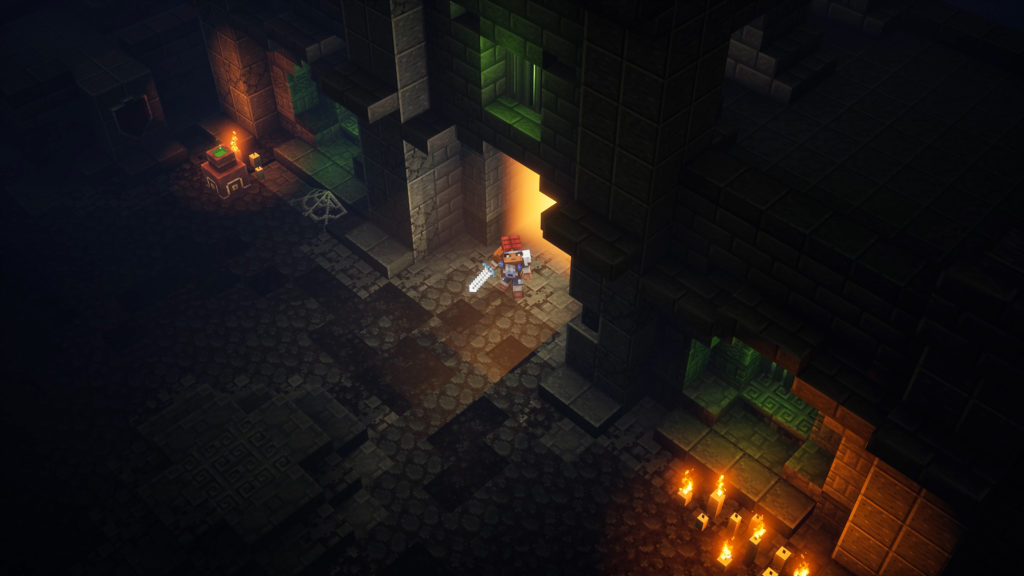 The game opens with a cutscene, telling us the plight of a homeless Illager, who was mistreated by everyone until he leaves village. Venturing through the wind and rain, he climbs up a mountain and discovers the ‘Orb of Dominance’, an artefact of immense power. It corrupts him, and he wreaks havoc on the land, enslaving the people and destroying villages. It’s up to you to defeat him.

There’s no character creation or customisation in Minecraft Dungeons, instead, you’ll select your character from a number of skins that have been pre-created. I will say it’s odd that I couldn’t import my Minecraft character, considering it is able to be shared between Minecraft and Minecraft Earth. Still, for the majority of my experience with Dungeons, I was wearing armour that covered the majority of my face, it just would have been nice to see the character I made (and spent money on) represented in the game at some points.

Getting the hang of the gameplay is extremely easy, but don’t underestimate the game: Minecraft Dungeons can provide a hearty challenge – even for experienced ARPG fans. The controls are simple enough, movement is controlled by the left analog stick, and the buttons control actions such as attacking, dodge-rolling, firing arrows and using the various artefacts you’ll find on your adventure. Once you find or buy different equipment and artefacts, how you play is up to you. You aren’t relegated to a particular role like in other ARPGs, if you feel like favouring ranged combat one level and close-range melee on the next, you can. You can also mix things up, using a combination of magic, melee and ranged combat. I personally favoured melee, but used an artefact known as a Corrupted Beacon when I was overrun by hordes of enemies. 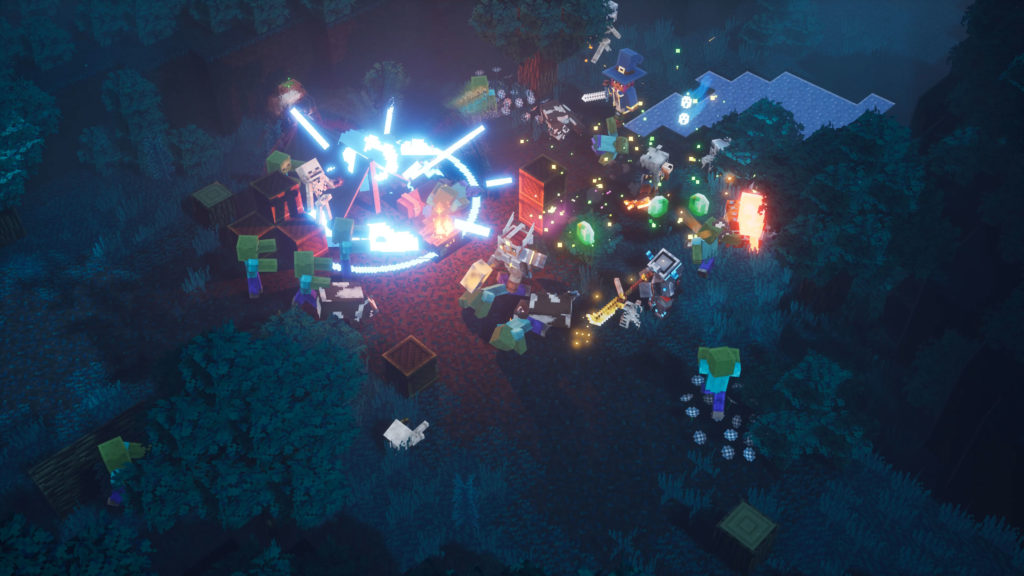 There are a number of levels to complete, each one having a unique theme. Your journey will take you through a destroyed village, creepy underground crypts, eerie swamp, foreboding redstone forge, and more. The levels themselves are procedurely generated, adding a does of replayability to the game. I failed to beat one level on a higher difficulty and had to retry it after I grinded some higher level gear, and the level was completely different when I returned. It kept me on my toes and also felt fresh – a win-win.

Visually, I was pleasantly surprised by the amount of detail in the game, given the basic look of regular Minecraft. Beams of light peek through cracked stone, lava and redstone gives an intimidating red glow, dust and other particles float around in the light – it’s all very pleasing to the eye. I’d like to see some of the level assets and graphical features make their way over to Minecraft itself, actually.

The soundtrack is surprisingly good as well, with each level having a distinct musical score that compliments its visual design. I wasn’t expecting Creepy Crypts to sound so creepy, and I couldn’t wait for Soggy Swamp to be over – its spooky soundtrack was making me double-check I didn’t leave any mobs behind so they can sneak up on me! 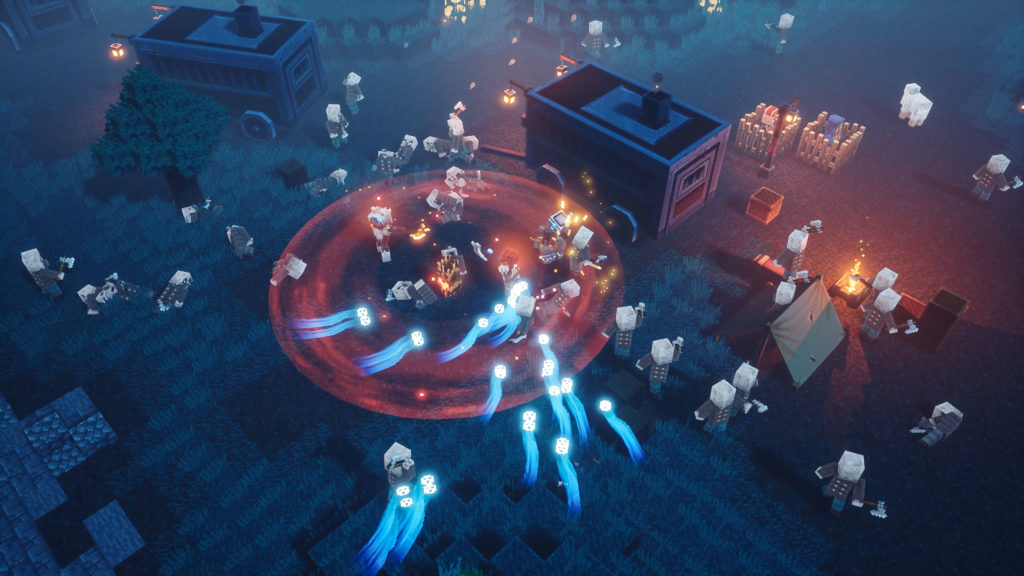 I’ve been playing the game in both single-player and couch-coop. Single-player is fun, but solo play means there’s no one to revive you should things go sideways. 4-player local play can be extremely chaotic, and even though there are markers to indicate which player is which character on screen, the sheer amount of chaos on screen can be overwhelming. Still, this has been the most fun I have had with other gamers in quite some time!

For the most part, I’ve thoroughly enjoyed my time with Minecraft Dungeons. My only real complaints would be that due to the nature of the loot drops, I was still discovering new weapons and artefacts on the last level of the game. Meanwhile, I’ve picked up certain types of loot countless times. It can feel infrequent and frustrating at times, but I am committed to finishing the game on every difficulty level.

That’s right, finishing the game once doesn’t necessarily mean your time with Dungeons has to end. You’re able to set the difficulty based on what level you are, as well as unlocking additional difficulties once you finish the game a first and second time. Playing through the game a second time on a harder difficulty is proving to be a real challenge. Don’t let those cute mobs fool you, the game can provide a decent challenge if that’s what you’re after. 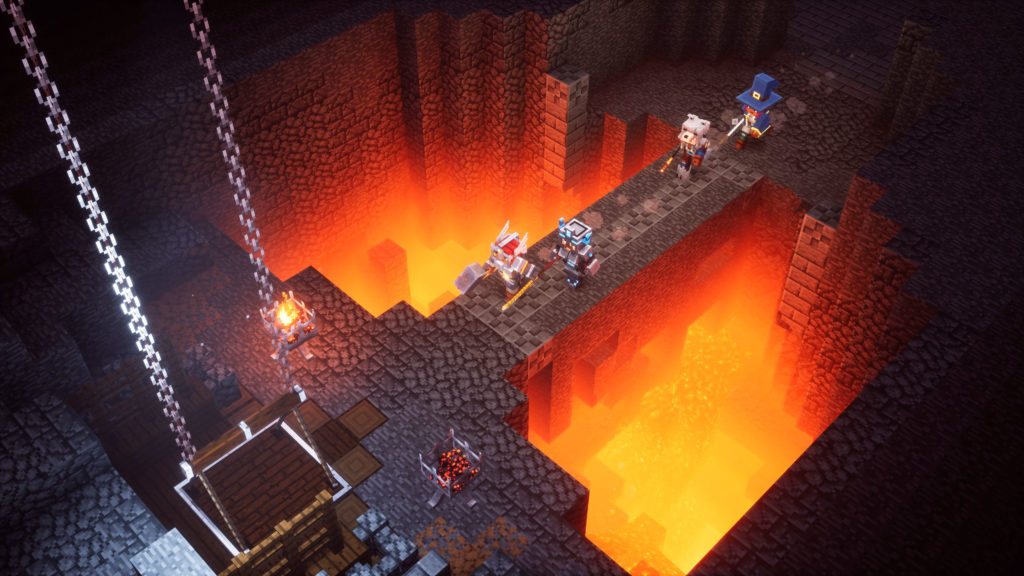 Ultimately, Minecraft Dungeons is a spinoff title that’s actually worth your time. It’s simplistic design means that gamers of all experience levels can enjoy it without being overwhelmed by character builds and skill trees, and it still offers up a challenge for those who seek it. Bring on the DLC!