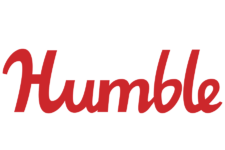 New year, new Humble Bundle! Here’s the rundown on the first subscription release of 2021. As usual the bundle info can be foundn below, but if you want my blindn thoughts on each title then have a flick through the smartlist underneath, and as always; join in the conversation on Discord.

Wait, there’s like… a lot of Vampire: The Masquerade games, aren’t there? A quick steam search shows me that the good ones are RPG titles, but there’s also visual novels like this title, and… text-based choose your own adventure? Wait what the fuck is going on with this franchise?! Without even playing one I get the distinct feeling it’s taken a hard U-turn from enjoyable vampire games into Gothic emo fan-art meets mills & boon. Yeesh.

Visual novels not being my sort of game doesn’t help it’s cause but I can’t help but think that Steam reviews such as ‘At its worst, it reads like twitter fiction‘ and ‘15~ backgrounds. Only 2 plot branches‘ are going to provide me far more enjoyment than the game itself.

I’m confused.. is this a tech demo, or really poor coding and art direction? I get that it’s a physics based simulator, but why does it have to look like a tech demo, but have a price tag of a fully fledged game? User reviews even say it runs like balls and constantly crashes; why would you release something in this state?

First glance looks like they’ve put all the budget into physics and mechanics and none into stability and presentation… screaming that the entire dev team is just that – developers, with literally noone else around to do stuff like art, marketing, user testing. This thing is called total tank simulator but it’s a WWII simulator, that features tanks. People have already called out the historical and tank details being inaccurate so…. what else to say? I doubt I’ll be trying it.

Ancestors looks quite interesting and intricate if you’re into the simulation and open world survival genres, as you’re basically living in the footprints of a pack of monkeys who are taking the journey of life. You learn new skills, discover other animals, look after your tribe, and work towards evolving into ‘another species’.

This one could be this months pick to giveaway as no part of it appeals to me personally, and honestly even the good reviews look like they’re taking the piss. Maybe I won’t bestow this upon our fine community after all…

Alright the promo video for this tells me nothing other than I’m a bouncer in a dystopian future (or just like.. London.). It’s labeled as ‘life sim’, ‘rpg’, ‘political’, ‘dystopian’. While it gets moderate reviews the overwhelming response is that it’s a b-grade version of Papers, Please. Another game I haven’t played mind you; however Papers, Please is more about denying emigrants access to their loved ones, while this is more about allowing people into a night club or not… also Brexit. Pass.

The first thought that jumps into my head when I see another Warhammer title I don’t recognise is “What?! There are MORE Warhammer games?!”. Talk about flooding the market. Look I know Warhammer has a LOT of lore and various races and world-building etc. I used to be a table-top gamer, but the raw amount of video game titles they have out is just getting silly (seriously, search ‘warhammer’ on Steam and scroll.) and with that much content you know the quality cannot be up to scratch.

Chaosbane is the first Warhammer hack and slash title, but the reviews speak for themselves on this one. Reviews with comments like “clunky”, “bland”, “like Diablo, except not fun” etc don’t give me any hope for this one. Add it to the bargain bin… but you know… not a bargain at all.

7. Tales of the Neon Sea

Ahhh the point & click adventure. No Humble Bundle is complete without one! The trailers and reviews and promo material for this game give me mixed feelings. It’s a cyberpunk point & click which could be very cool, but also frustrating. There’s also a bit of ragging in the reviews on the horrible amount of broken English, and just personally I’m confused why their banner image on Steam store doesn’t have a space between ‘neon’ and ‘sea’, but the title and trailers do… and why does every trailer end with a scantily clad ‘magic lady’ image seemingly super-imposed over the cityscape? Guess I’d find out if I play the game…

As is the norm for point & click adventures there’s healthy mix of reviewers loving it and hating it, but no game is perfect (Except Legend of Zelda titles, fight me.). I’ve sunk hours and hours into the likes of Knights Story, so I’m sure the broken English won’t turn me off this title. It looks like a good play, or at very least a game that gives you the sweet satisfaction of solving puzzles and winning, like getting out of an escape room.

Ooooook, where to start on this hot mess of marketing? To say I’m unimpressed by the single promo video on Steam would be an understatement. It’s confusing, doesn’t tell you anything worth knowing about the game, the rapid camera cuts and speech are a nightmare, and WHO made the decision to constantly zoom in on a portion of the screen in a pixel art game?! Looks like shit. This trailers one and only redeeming quality is where they cut to a ‘human’ like classic retro commercials of old, but that’s like a single joke landing in an entire standup routine. Overall the show was a complete failure.

Much like Deleveled this is also the only game by the developer (tinyDino Games in this case), but the two titles share a publisher and were released around the same time. Putting the horrible marketing aside, The Ambassador doesn’t actually look like a bad game given that tinyDino are a two-man team of which only one of them codes. However the Steam reviews tell a story more befitting of the trailer. Disjointed and not well thought out despite them having the skill and ambition to put all the elements together in the first place. I don’t think this one will be anything to write home about, however tinyDinos next titles will likely improve on a solid start. Could be one to watch!

Ok so there’s obviously different levels or nerdism in the world, like video gamers, D&D larpers, etc. But I fee like dropping $28.95 on a PC building simulation game (Or god forbid the maxed-out edition bundle at $82.80!) is taking things to a completely new level all together. That being said, as far as simulation games go I feel like this one has gone above and beyond with their official partnerships with a lot of big name vendors so that you can pick and choose official parts when building your dream PC.

While don’t feel like I would get anything out of the actual PC building sim this looks like it could actually be super useful to research and decide on exactly what components you want in your next PC and then use that build to go and source parts. Pretty damn cool, even if the price does SEEM over the top.

Firstly, the acting in the first promo video for Deleveled is horrible, and secondly I just can’t look at the game and not immediately think about Super One-More Jump, as the aesthetics are so damn similar. Nevermind that, the gameplay is quite different and just off first impressions I think Deleveled would be much more fun and provide much more gameplay longevity. It’s also less than six months old so quite a new game to be in a Humble Bundle monthly release.

It has very few reviews due to being new, but everything points to it being a really nice experience for what it is. There’s only so much you can look for and expect from a bare-bones puzzle game, but even the minimalism is presented with great polish on this one. Being the first (or at least only current) Steam title for developer ToasterFuel I think it’s a rather impressive first outing, and definitely something to be proud of and stand behind. This would also make a great demo game at expos or game to play at a burger joint to keep kids busy while you eat your meal.

An indie RPG metroidvania with an unusual art style. Something we’ve seen more and more of coming out in the last few years, but the majority of them work quite well because you just don’t need to fix what isn’t broken! I would be straight up lying to your face if I said that I had ever heard of another title that either the Developer (Bombservice) or Publisher (DANGEN Entertainment) had anything to do with, but this game looks like some low-key quality. Almost like a bit of a toned down Blasphemous (Or maybe a knock-off Blasphemous..).
The art style does give me pause about how responsive the controls and tight the hitboxes may or may not be, but at the same time I wouldn’t be expecting a gold plated banger of a title either. All things considered this could be one of my favourites this month, and the genre fits snuggly into my gaming comfort zone.

Holy cow! This story rich RPG looks absolutely intense on the brain and with a lot more mechanics than your average RPG, this one is going to be one hell of a ride. Heavy consequences, lots of secrets and hidden events, and the raw fight for survival that looks like it is so easily lost is paired together with the all-too-real scenario of a plague.

The reviews and awards on this bad boy speak for themselves and while it pre-dates the COVID-19 pandemic, it promises to be a fantastic near-reality plot line to drop into and immerse yourself in.

Song of horror hasn’t had many reviews, but players clearly love it. The gameplay and promo material looks amazing and gives off a fantastic Resident Evil 1 sort of vibe but with an altered theme.

It looks downright terrifying with a mix of suspense and outright horror. Definitely looks polished and well put together, and is my pick as the best pick of this months bundle.