Today I have the absolute pleasure to have a chat with Jesse Spencer; AKA Insight from team FURY – one of Australia’s most prominent professional PUBG teams. Since hitting the pro scene around mid-2018 Insight has played with teams such as ORDER and Incognito, and even represented Australia in the PUBG Nations Cup 2019. For the past year (approximately..) he’s been calling the shots as the In-Game Leader alongside his former Incognito teammates for FURY.

thrax: Thanks for joining me! For those out there that don’t know a whole lot about Australian e-sports, how did you get into the scene and more importantly how did you get noticed and picked up by an organisation?

Insight: Hey thrax! I started out playing PUBG just after release and originally I was interested in becoming a streamer so I would grind the leaderboards to try get some exposure and more viewers for my stream. I was noticed by a few competitive players and they introduced me to the competitive scene. I think just showing your team can put up results and consistently doing well will help you get noticed by an organisation. I wouldn’t say organisations aren’t important in esports but I would recommend that teams be careful when first looking around for an org. There are some dodgy characters that offer lock-in contracts that aren’t very beneficial to players, and often players will feel pressured into finding an org because that’s what everyone else does. It’s better to make sure you can find an org that suits your teams needs instead of just signing on to the first organisation that comes along. My old team Incognito were self-represented for a long time due to this reason after having bad experiences with orgs, but now we are very happy with FURY.

thrax: Some sage advice, I’m personally more of a ‘businessman’ than a pro gamer and from the outside the business-end of esports orgs looks like an uphill battle in general. You did touch on my next question though, how has the transition been moving from the player-owned Incognito to a multi-gaming esports org like FURY? Has there been much shake-up in the way things are run, for better or worse?

Insight: It has been quite nice transitioning to a multi-gaming org as they already have a lot of staff in place that we have access to, that help us with content, visual design, managers, etc. It means we can focus on just playing the game and improving our team instead of worrying about logistics.

thrax: Can you give our readers a bit of a run-down on how professional PUBG teams practice/scrim and stay sharp? For example CS:GO has steam workshop aim maps and a ton of modes and players, but in OCE PUBG has a much smaller footprint than in other regions. In normal times and now through the pandemic, how do you guys stay at the top of your game?

Insight: So OCE PUBG has a very dedicated competitive scene. I am one of the admins for the OCE scrim discord and we host scrims every night where any teams can sign up and compete against each other on esports settings. Outside of scrims, PUBG has a built in Training Mode and Team Deathmatch Mode that are favourites for all competitive players. Also playing Ranked can be useful for building team chemistry when not scrimming. 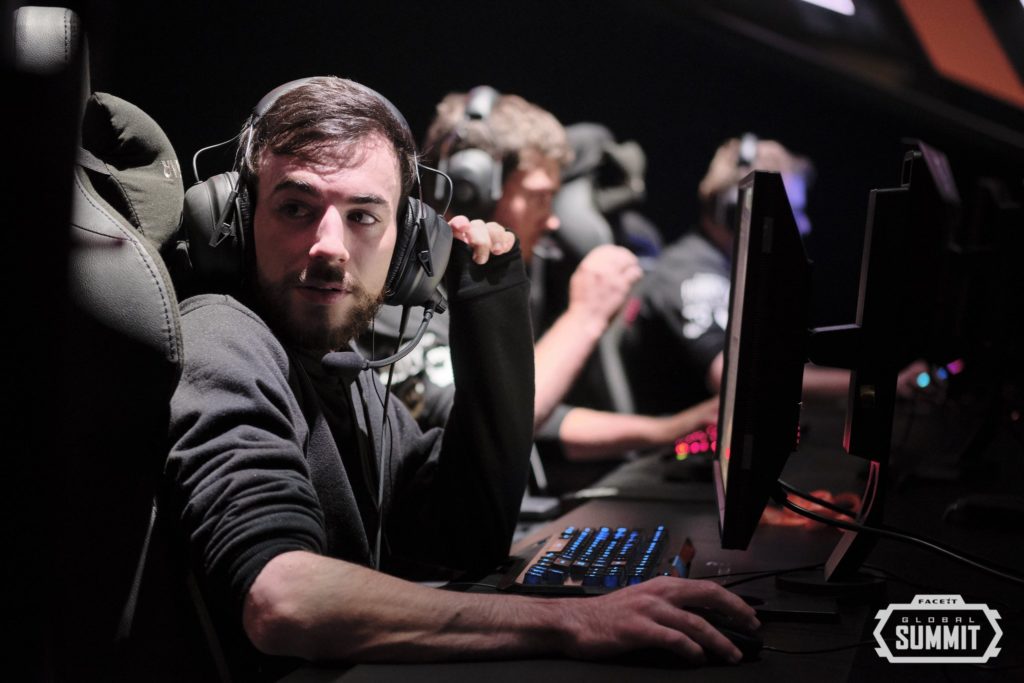 thrax: Is that the PUBG OCE Discord? I’ve noticed some of the advertised competitions (like LPL) all start at 6.30pm to cater for NZ as well, are there specific times those wanting to compete should be on to take advantage of the competitive community?

Insight: PUBG OCE is a super old discord that only ‘casual players’ use to find people to play with nowadays. The scrim discord is https://discord.gg/3TApY5H and related Twitter is @PremiumScrims. We aim not to just be a scrim discord, but a community hub for all OCE players. Our scrims run at the same time as LPL and other tourneys, so teams can have a dedicated schedule every day. We run 5 games on weekdays starting at 6:30PM AEDT, and 6 games on weekends starting at 6:00pm AEDT

thrax: How have you found competing in the PCS series throughout 2020? I was on the edge of my seat when you got robbed in PC2! How do you find playing across all of Asia Pacific? Presumably they would be using SEA servers, so do you find ping an issue?

Insight: The PCS series was an awesome replacement for LANs. I have been hoping we would be grouped in with SEA for a while as the PUBG scene is huge over there. Yes we use SEA servers. Luckily for me I live in Adelaide, and the routing here to SEA is better than the east coast so I get around 85 ping which is barely noticeable. East coast players get around 100-110 ping so I don’t think the ping is that bad and is worth it for the higher level of competition.

thrax: How has it been losing Jouxy and gaining Fludd? Was there a big impact to the teams play style and your calls?

Insight: Of course we miss Jouxy as we shared so many memories of LANs and special moments in-game together, but we have loved picking up Fludd and I feel like we have leveled up majorly since he joined. As me, cow and ronon have been playing together for so long and have been pretty successful, our play style is pretty solid so not much changed when Fludd joined style-wise. Although, it’s always nice having a new player join as they can bring a new perspective from their old teams to how deal with certain situations that we may not have thought of. 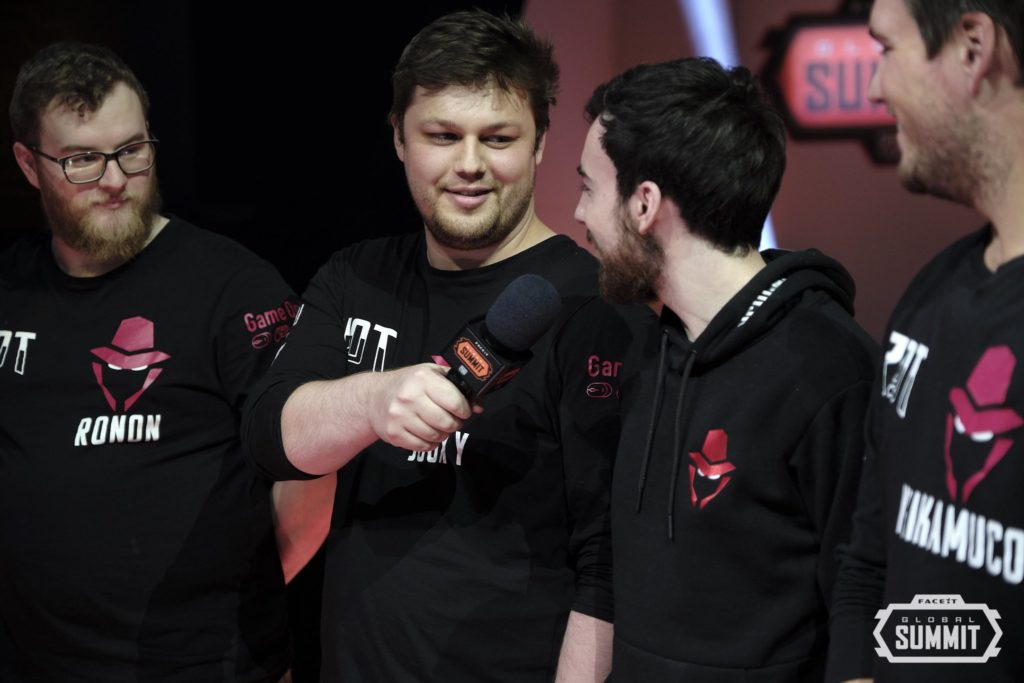 thrax: How often (if ever) do you guys scrim against teams beyond OCE and SEA regions? Do you ever scrim against EU or NA teams? Obviously technology doesn’t allow it to be a fair fight, but I’m sure you and the FURY boys would love to lock horns with the likes of FaZe or Soniqs etc.

Insight: Just recently, Korean scrims have risen in popularity which teams from all over the world play. The ping is a bit weird as everyone has so many different connections but it is definitely good practice. We have played against PCS3 EU champions Virtus Pro, SKT T1 from Korea and many other top teams from China and NA. PUBG is a weird game in this regard as I can’t think of many/any different games where this happens.

thrax: What are your thoughts about being left out of PGI.S without the organisation having a chance to prove that the team could or could not attend? Do you know of other teams that you think should be there but won’t be for one reason or another?

Insight: I’ve spoken about it a lot so I won’t ramble too much about it, but it’s pretty heartbreaking for the team to be left out due to a mistake from PUBG corp costing us a major opportunity, but we need to put it behind us at this stage as obviously we can’t change the outcome. I think realistically we would have definitely placed in the top half of the teams at the event. There are a few other teams that deserve to go but I think the most outstanding ones are TE and OMK from EU that performed consistently all year but weren’t chosen to go as their organisations aren’t as popular which was a factor in inviting teams.

thrax: As an Aussie spectator it’s definitely not as good having no home team to root for, especially when some of teams participating didn’t make an appearance in the finals of PCS2 or PCS3. I image the likes of TE and OMK feel scorned as well, but as you said.. It won’t change the outcome. Hopefully PUBG Corp pull their socks up next time around. Tell me about one or two of your career highlights. What achievements stick in your mind as some of your most proud as a team and as a leader?

Insight: Definitely the highlights of my career have been LAN wins. Even though they weren’t the highest prize money, the feeling of winning at a LAN can’t be topped. Our win under ORDER in Thailand was definitely my proudest moment.

thrax: What about most memorable plays/calls that payed off big even though the odds were against you or the play was a hail mary?

Insight: I think the OCE FACEit qualifier in 2019 where we setup a cheese strat against Athletico was an awesome play that I’ve never seen done by any other team before, and also a few games later we gambled for an island zone on Miramar and it paid off.

thrax: Does the team (as Incognito or FURY) have any ongoing rivalries, either over map positioning or just players you always seem to clash with? I haven’t picked up anything as extreme as 4AM and VLG hot drop each other over apartments, but there’s always a lot more going on for the players that commentators and viewers have no idea about.

Insight: We used to have a bit of a rivalry with Athletico seeing as we were both fighting for that top spot, but lately we haven’t had that as they disbanded. Just by the games design we will more often run into teams that loot near us, but I’d say in APAC I would consider BRU our toughest opponent and we run into them on the edge a fair bit.

thrax: What about idols? Are there any particular teams or players that you watch and just think “wow, they’re amazing”?

Insight: I don’t really idolise individual players as I think PUBG is so heavily about teamwork. I’ve always been a fan of NLT who just signed to Virtus Pro as I think their playstyle is super unique and they execute it very well.

thrax: I’ve got a bit of a lightning round for you to give our readers a look behind the curtain that is Insight:

thrax: Mate thank you for joining me, it’s been great to talk to you. All the best for the future and I look forward to seeing FURY take that top spot in the next PCS 😊

Insight: No worries! It’s been a pleasure. I hope I could give everyone some insight into OCE PUBG and my team. 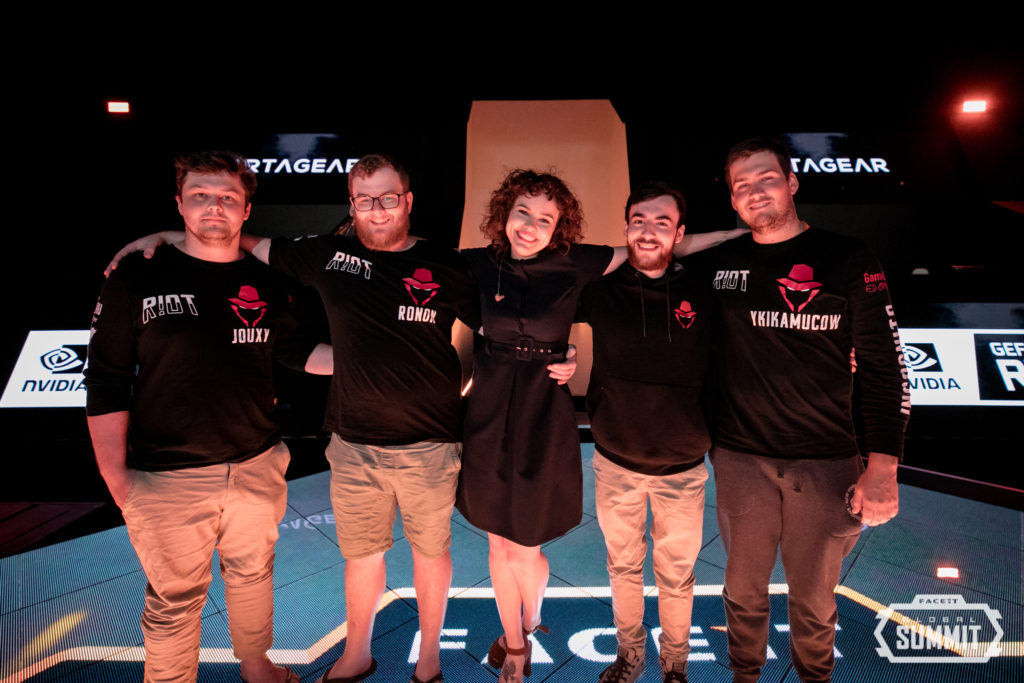