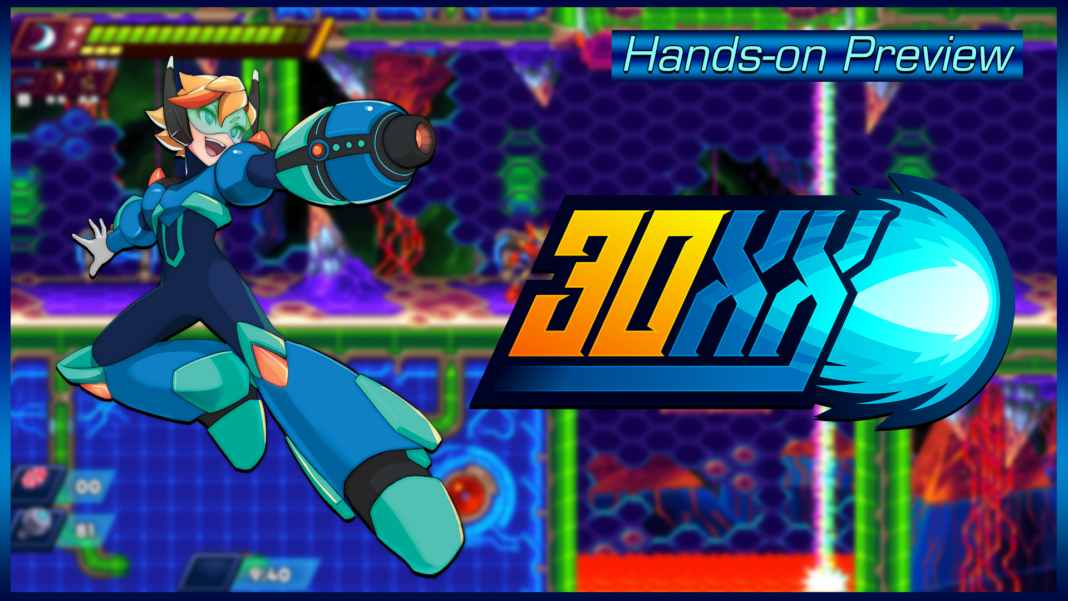 If you play video games long enough, chances are you fall in love with a very specific era in a franchise’s life. You might not play Street Fighter V daily, but you’ll always have time for Street Fighter Alpha 3. You might not be the biggest fan of Mortal Kombat 11, but you have a soft spot for the goofy slapstick combat of Mortal Kombat Mythologies: Sub Zero. Okay, so that last one is most likely not true, but you get my point: classic gaming franchises can have multiple golden ages.

As a kid in the 90s, I witnessed many a classic gaming character get an overhaul, complete with 90’s attitude. Sonic the Hedgehog‘s influence was everywhere, and if developers knew one thing it was that we wanted everything fast, loud, and rebellious. When Capcom’s iconic Mega Man got an overhaul it came complete with a new series of games – one that offered precision platforming, speed, and intense action. Mega Man X divided fans at the time, but grew a dedicated following of its own in the following years…until Capcom stopped caring about their tiny blue hero.

It was up to someone else to carry the mega-mantle, and while many have tried, no one thus far has succeeded in filling the Mega Man X void in gamers’ hearts…until now. Enter 30XX from Batterystaple Games, the sequel to 20XX which promises more of what made the original game such a hit with retro gamers. The game is out in Early Access right now on Steam, but I’ve been playing a preview build for the last week, and let me tell you, this is a game retro gamers should be mega-excited for! 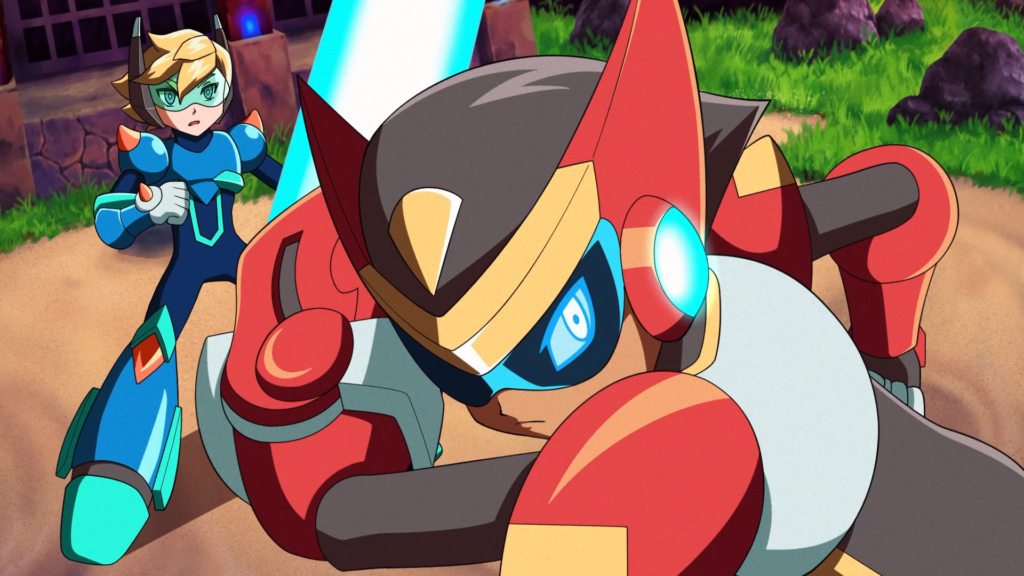 Being a preview build, I’m unsure of how much of my 30XX experience will be in the final game, but I’m very impressed with what I’ve seen so far. Players start the game as Ace, the energy blade-wielding character from 20XX. Thankfully, the game doesn’t begin by cramming tutorials down your throat. Instead, players make their way through a fairly basic level, running, jumping, dashing and slashing until they reach Nina, who is deactivated and being kept inside a protective chamber of sorts. Ace attempts to awaken Nina, but is interrupted by an immense mechanical gorilla. It seems as though a fight is about to break out, when Ace retreats. The gorilla takes his leave, stating he will “trust in the sequence” in a very zen-like fashion. A scientist appears from hiding, awakening Nina, and the intro is over.

It isn’t long until you unlock your headquarters as Nina, where you can set up co-op games, tweak the game’s settings, interact with other characters, and more. I had a limited selection of these with the build I played, but I am very keen to see 30XX’s co-op in action. As I wanted to experience as much of the game as possible, I opted to wimp out of having permadeath present, and jumped into my first level.

Being a massive Mega Man X  fan, it took me a few deaths and retries to remember that the levels are procedurally-generated. My short-memory wouldn’t serve as an advantage like it has with similar titles in the past – I had to rely solely on instincts. I recently played the leaked Goldeneye 007 XBLA build, and I can dance through the levels in that with my eyes closed, as I have every enemy, every objective, every item pickup memorised. No chance of that with 30XX, as I’m constantly kept on my toes, and if I fail, it all gets shuffled around again. 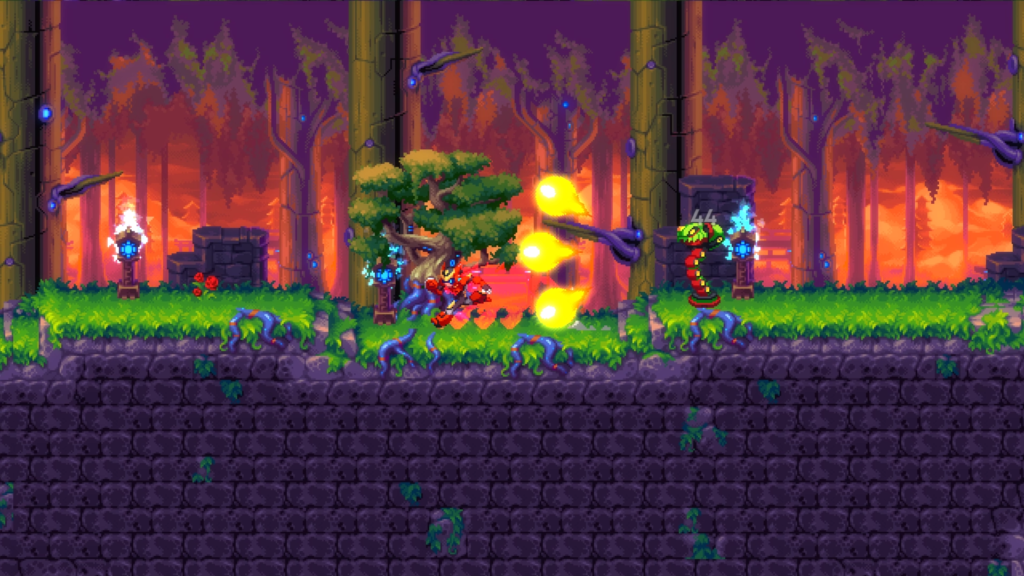 Gameplay is tight and responsive, no doubt retro gamers will feel immediately comfortable with the game. There isn’t much more to say, as everything works when it comes to controlling your character, regardless of whether they shoot a blaster or swing an energy blade.

In terms of design, characters and environments look terrific. At first glance, I thought 30XX could have passed for a SNES-era title, but the more I play the preview, the more it resembles the high-quality 2D games we saw on the Nintendo DS. I was especially impressed with the gorilla boss that appeared in the game’s intro. His design presents him as a kung fu master, with a calmly stoic demeanour, arms folded with his hands disappearing into arms that resemble robe sleeves. I can’t wait to see more of him, as well as the other bosses!

It’s the procedural level generation that truly shines though, feeling unique in its execution. Design assets and features are pulled from complimentary groups, meaning nothing feels jarring. For me, this meant that one level I played was set inside a computer, with electrical barriers and beams firing as I leapt through them at the opportune moment, landing on computer chips and capacitors. Sonic the Hedgehog-style palm trees occasionally appeared as I explored, no doubt meaning that some sort of simulation was once present here, with only fragments remaining. A good platformer level tells a story of its own, and 30XX’s levels achieve that. 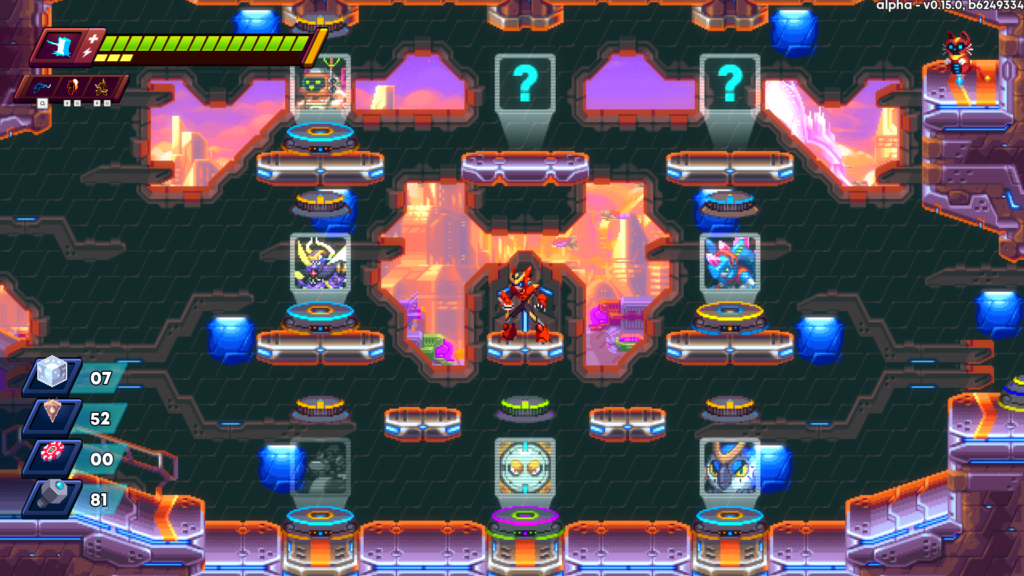 Again, the build of 30XX I played was pre-Early Access, meaning there was still a ton of content to go into the game, but I was able to play with some of the game’s power-ups. The mortar shot fires directly upward, which is perfect for decimating airborne foes as you traverse vertically through narrow chutes and vents. You can also press the power-up button again to denotate the mortar, splitting it in two and causing it to fall to the sides – perfect if you’re about to be surrounded. It seems as though 30XX not only channels its influences, but expands on them. This isn’t a simple copy-paste clone, this is the Mega Man X successor we’ve been waiting for.

In the space of a few days, 30XX became a game I was vaguely aware of, to being one of my most anticipated indie releases. With near infinite replay value, co-op, expanded classic gameplay, and a fantastic soundtrack, it should be one of yours too. You can check out my Let’s Play of the 30XX preview build below.