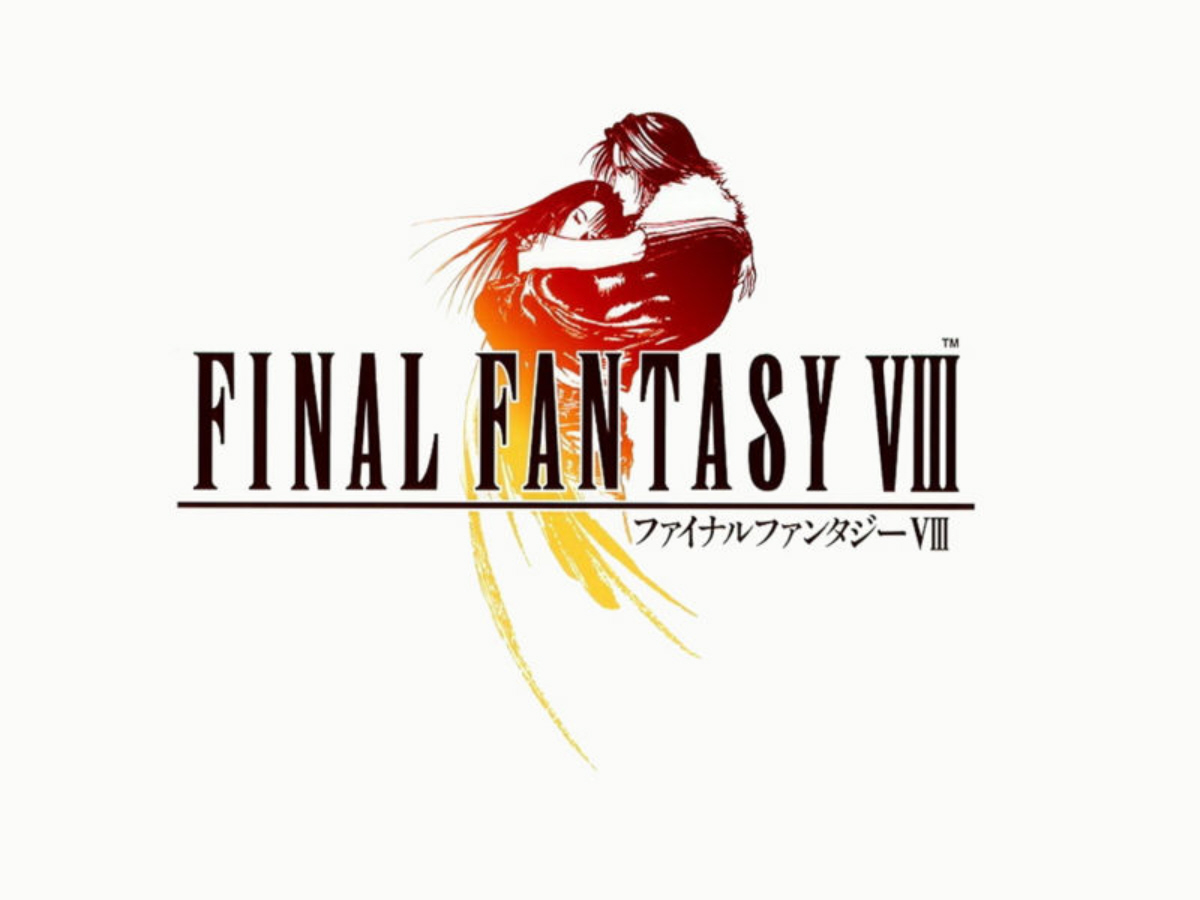 Final Fantasy VIII (8) is a game that’s been on my ‘to play’ list for more than 20 years, and prior to recently picking it up I gave it a rather small shot sometime around 2014 which I enjoyed but for some reason never continued on with. While I haven’t heard many people talk about FF8 in recent years I remember a lot of buzz from the years following it’s release and fans of the series were as divided between FF7 and FF8 just as badly as the great Console Wars of early generation SEGA and Nintendo consoles. If you had played them at all you were either team Cloud or team Squall, and I went into this play-through with a very open mind as I have been team Cloud since ’97.

Something I discovered recently is that Final Fantasy 7 and 8 were developed in tandem and for the end result that speaks as much to the impressiveness of this feat as the peculiarity of it. It’s obvious that Square Enix weren’t going to go and develop near identical games of course, but they almost went the extreme opposite in their direction. Where the earlier title opted for blocky characters, a story about conquering an earth-killing evil (both being and corporation), and a magic system that was easy to grasp but could be nuanced to great effect; the latter game went with choices around realism in characters, a story that sits between ‘jammed in for the hell of it’ and ‘obscurely deep’, and a magic system that requires a frankly ridiculous level of grinding and is completely overpowered and exploitable once refined.

I’m not saying that most FF games don’t have loopholes in the battle and magic systems that break the game, but FF8 really did not get the quality assurance and level of polish that many of the other titles did. With everything from enemies that are enemies just for the sake of it, convenient plot devices to explain a relatively rubbish story, to completely changing the primary antagonist late in the game… I couldn’t vibe with it and spent far too much of my 180+ hours playtime playing just for the sake of making it through the game. It was laborious and largely boring, until I got close to the end game content.

Once you get past Esthar city things start picking up and the gap between Lunatic Pandora and Ultimecia’s Castle (the final location) is where the game opens up properly and allows exploration, side-questing and ‘good grinding’ without the slow and painful method of not having the vehicle or equipment to do so earlier. The problem is that it takes SO LONG to get there. I can absolutely see that player not dedicated to seeing the game through will not enjoy it, and those that are dedicated to go all the way, will only appreciate it once it’s all but complete.

To set context for my below opinions I should mention that I played FF8 on Steam and without any mods. Let’s look at the breakdown: 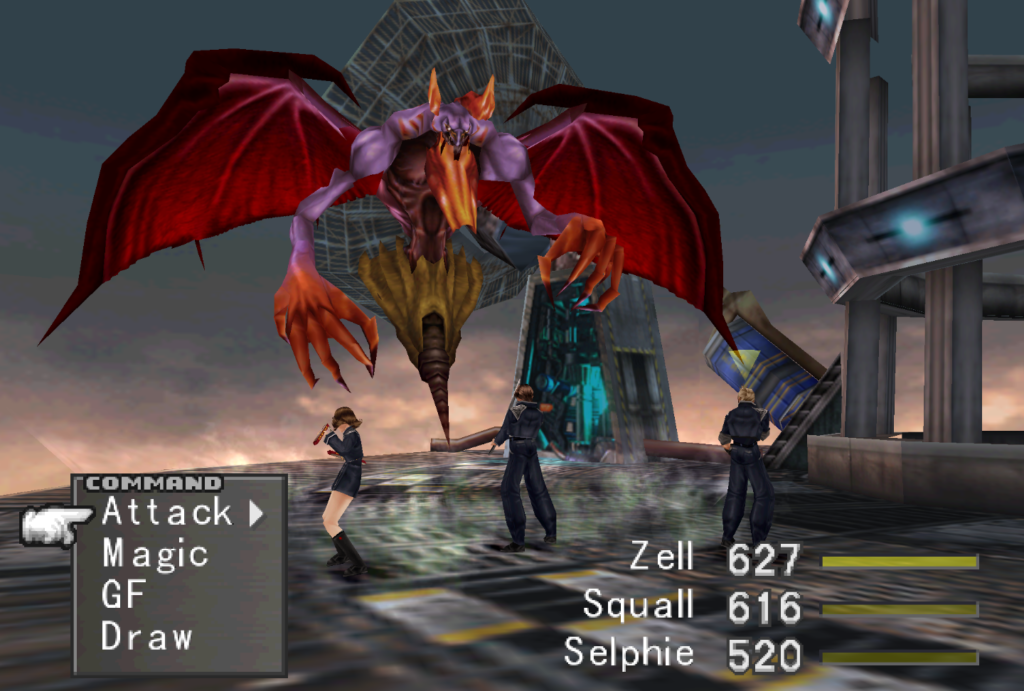 As mentioned above I wasn’t using any mods when playing through the game, though there are high rez mods that clean up the text and HUD to make it look more modern and crisp. Even in it’s original form the game looks great for it’s day. Frame rate is not exactly clean or consistent, but the character and monster design is impeccable as you would expect from such an iconic series. The summons (called Guardian Forces in this title) again look amazing, as do the magic spells. The FMV’s came up looking pretty nice as well, given this game is more than two decades old. 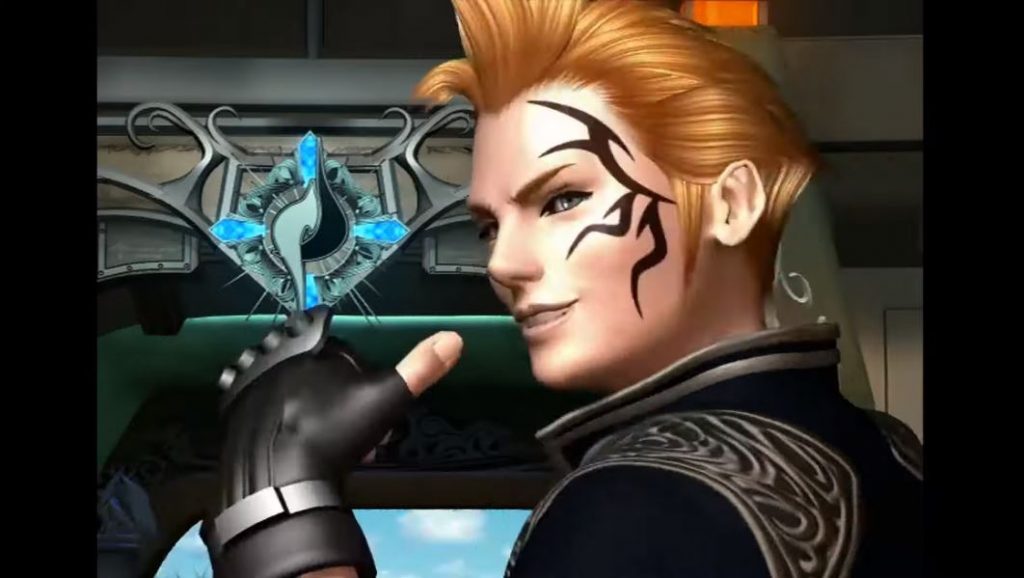 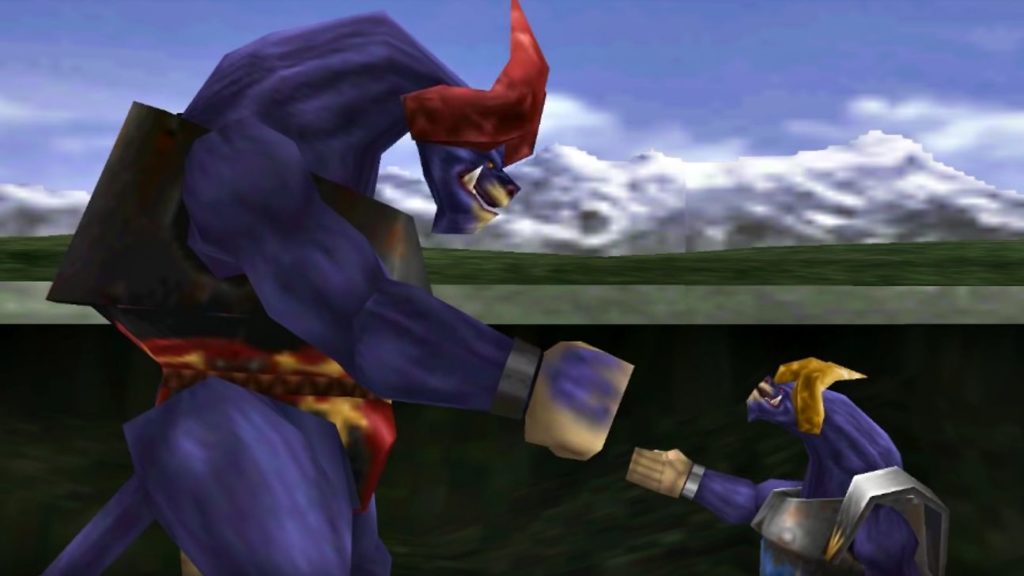 The Final Fantasy series audio is almost it’s personalized set of iconic tropes, including the prelude, battle music and fanfare. Even when the standard fare is not used (re-mixed and re-used) the music put into any Final Fantasy title is above par. FF8 is no exception, so let’s move along. 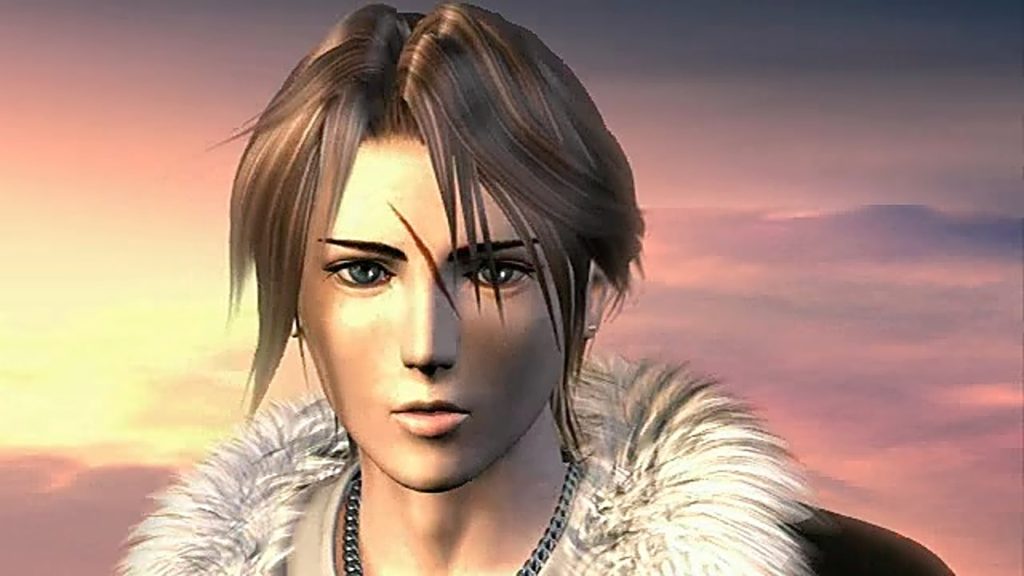 Using an XB1 controller on PC to play on Steam negated the classic feel of the Playstations iconic symbol buttons which is how the original game was designed to be played. I also made the silly mistake of altering my controls right at the outset and played through the entire game trying to remember what I’d bound B1 – B9 to. The controls in general are the same as Final Fantasy 7 which is basically action / menu.. yes/no, combo press to escape battle.. they’re quite simple. 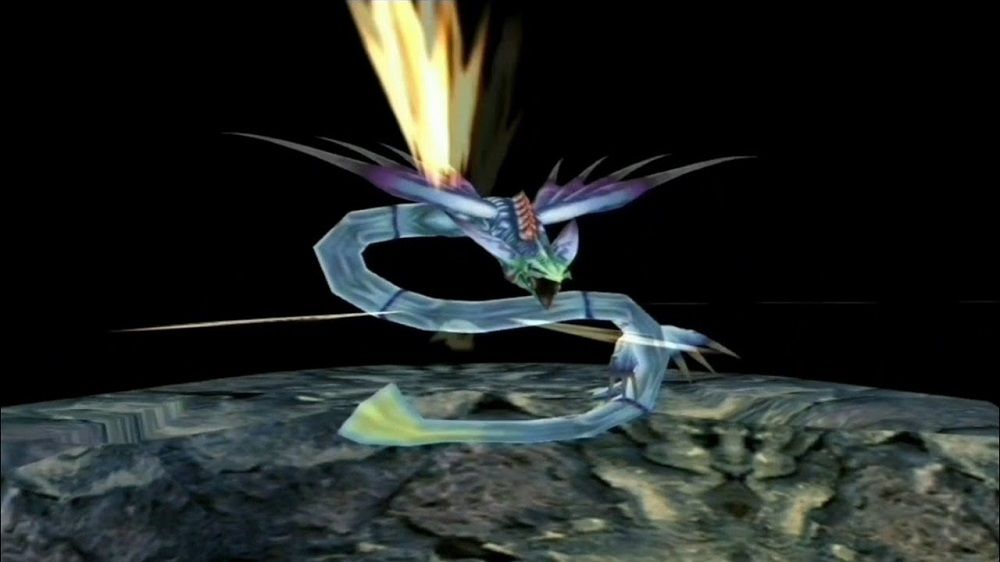 Personally I think the story line in Final Fantasy 8 suffers from being too convoluted and the exposition containing far too little detail, despite there being a hell of a lot of it. What is seen as the primary antagonist changes multiple times and there seems to be much more story around how and why those changes are made, rather than explain how it all ended it here in the first place. The story pacing in definitely under cooked as well, with our main man going from graduating to ‘in charge of everyone fit to help save the world’ in what is realistic a few visits to cities. Never mind WHY he’s thrown into these situations (he’s not ‘the chosen one’, hell he’s not even the bravest / most caring / best leader, etc), everything is just pushed forward by other characters tell you that you need to make the decisions and they’re with you.

Another HUGE negative I found with this game is the ‘how to become stronger’ mechanics are glossed over or never properly explained. Unlike most RPG games, leveling up is not really going to help you as your character level and the level of monsters move at the same rate. The way to get buffed and make things easier on yourself is to mine/grind (called DRAW) magic spells out of enemies and then learn how they help you with you junction them to various stats.

I found the difficulty in FF8 a steep learning curve (mostly by not realising how important magic junctioning was until VERY late in the game), but even once I had my head around it properly that I can confidently say that so many portions and side-quests of this game have the difficulty turned up to 11, and beyond. Some examples of this (without going into the achievements) is the Island Closest to Heaven/Hell where every monster is level 100 and even maxed out with 100 spells of every kind you can easily get wiped by one of them. Centra Ruins, an impossible grind if you haven’t learned ENC-NONE, and pretty much the entirety of Ultimecia’s Castle where it’s constant boss fight after boss fight after boss fight (something like 12 of them…) only broken up by puzzles ranging from moderate to ‘too much effort, not enough pay off’. In fact the only real way to heal through this gauntlet is with spells you have on you, or the ‘Call Shop’ ability which you wouldn’t typically even acquire unless you’ve put hundreds of deaths and hours into discovery around the world.

Speaking about replay value, I’m a little on the fence personally. I have this little ball of hatred buried inside me for all the time I put into this game (and progressing) only to find out that I could have done so much better late in the game, and considering I only recently finished it I have no draw to replay it anytime soon. However with a more measured reflection I think the game has some good replay value, with a breather in between; pretty much the same as any other RPG/JRPG. I can see myself taking it on again in the future, maybe even twice… once to try and complete the game at a low level and again to use all the knowledge I’ve now gained right from the start and basically big dick my way through the whole thing. 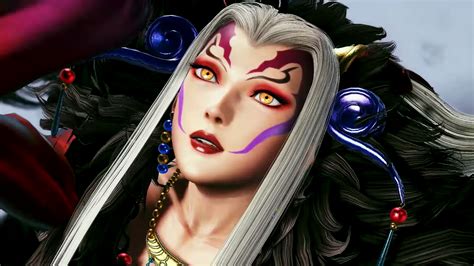 Steams achievements for Final Fantasy 8 are between mundane (unmissable) and absolutely brutal. A casual play through should net you around half of them or so, while 100% completion is going to take a couple of plays at least unless you already know the game and decide to meticulously plan your first Steam play to accommodate a clean sweep; it CAN be done. Picking on some of the more rarely unlocked achievements.. things like UFO, Doomtrain, and Obel Lake Secret are incredibly obscure to find the details for casually. Then you’ve got the likes of Collector, Blue Magic Master, and Magazine Addict / Timber Maniac that all take a silly amount of searching and card playing. On top of that you’ve got the outrageous ones like Top Level Boko and 10,000 kills that require insane amounts of grinding (for reference I’ve only hit 800 kills in 180 hours, max characters/spells and completing the game)… and it wouldn’t be a complete picture of absurdity with the likes of Top Rank and Maximum Gil, both of which can be earned simply by grinding INSIDE THE GAME MENU. I had fun unlocking everything I could (mostly in end-game) but I’m still 9 away from perfect and 8 of them just require DAYS of grinding. 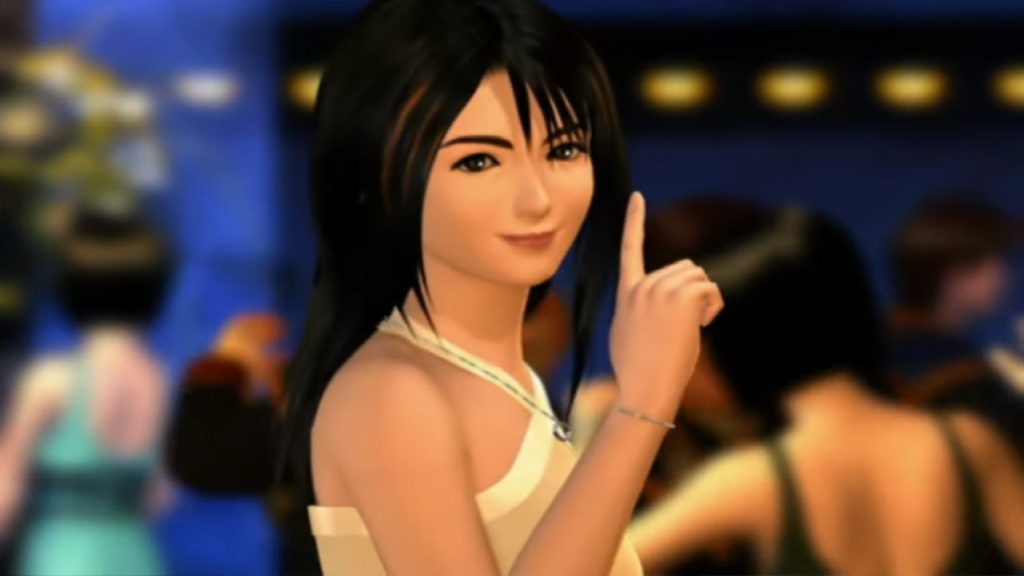 For a 20+ year old title Final Fantasy 8 still played incredibly well. I don’t think I would have had the patience to push through it in 1999 despite knowing FF7 inside out by then. I think it has a unique issue where it’s acclaim comes to you after you’ve beaten it, but the first play of the game itself is not engaging enough to pull you in for such a long journey.

It was a stark contrast for the series and not one that succeeded enough to continue the ideas past a singular title. After seeing the end-game and reading more about the game and reflecting on everything I had been through I think there is a very deep story there that is missing too many layers to be cohesive to initial players. The characters are pretty decent and I found that I really formed a connection with the ones that I chose to use in my main party. Much like the story itself all of the characters are great in look/design/intention by the devs, but all skimmed over so fast for the bloated story line that each one only gets a small slice of the FF8 pie.

So far it’s definitely my least favourite Final Fantasy game, however I haven’t played all that many so that’s like saying it’s my least favourite sort of chocolate cake. I’m still going to devour the thing and come back for more over and over.