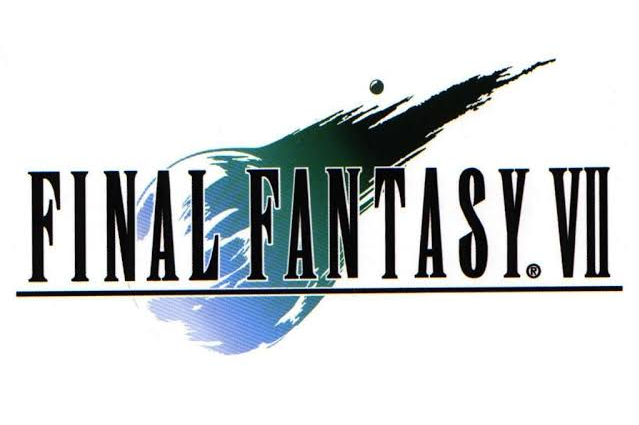 Final Fantasy 7 is one of, if not the most famous JRPG’s ever to be released, and one of my personal all time favourite games. With a great cast of characters, an epic classical score, and a powerful storyline featuring one of the most gut-wrenching scenes in video games history – this epic saga is one for the ages, and these are a few things you need to know about it! FF7’s composer Nobuo Uematsu has appeared 5 times in the top 20 of the Classic FM Hall of Fame, a fan-voted compilation of the best 300 tracks of the classical music genre that has been running annually for 20 years! He has also performed regularly over the years with his 2 hard rock bands ‘The Black Mages’ alongside fellow Square Enix composers, and later the ‘Earthbound Papas’. Both bands focus heavily on interpretations and renditions of musical tracks from the entire Final Fantasy series

The game, characters, and world of FF7 is so wildly popular that people just can’t get enough. Along with the original title, multiple spin-off titles and the animated Advent Children movie adaptation Square announced in 2015 a long awaited remake almost 20 years on from the 1997 original, after teasing a possible remake a decade earlier, back in 2005. Announcement and trailer for the PS4 remake saw Square stock prices boom to the highest they’ve been since 2008. On top of this, dedicated fans have put serious time into developing new ways to live the adventure, such as ShenZhen Nanjing Technology’s demake for the 8-bit Nintendo Entertainment System, and PD Design Studio’s side scrolling beat-em-up, FFVII: Re-Imagined. As of 2018 the official remake still has no release date. 3. From New York To Midgar

FF7 started development in 1994 with plans to be a detective story set in New York City and be a 2D titles for the Super Nintendo Entertainment System. It ended up being released in 1997, having the most expensive development budget a video game had ever had at around $45 million US, and went on to sell more than 10 million copies worldwide. This made it the second best selling game on the Sony Playstation and part of the reason the Playstation won the 5th generation console wars by selling more than triple its nearest competitor, the Nintendo 64. Ironically it was Nintendo’s decision to stay with cartridge-based technologies instead of moving to the optical based CD-ROM that lead to Square ending their long time partnership with them and taking the Final Fantasy series to new kid on the block, Sony.

The two hardest battles in the game, enemies Emerald and Ruby WEAPON, were not present in the original Japanese release of the game. These creatures, along with their related items The Guidebook, Desert Rose, and Earth Harp, were added in for the international release and the Japanese re-release called “Final Fantasy 7 International”. These two beasts come with 1,000,000HP and 800,000HP respectively and Ruby has the ability to instantly take out members of your party regardless of how strong they might be. Despite their ridiculous abilities and health, with the right planning, materia, and tactics, it’s possible to take both of them down without breaking a sweat – but the required preparation to do so will see you grinding your characters and materia to master levels for days on end. The internet is full of rumours about reviving lost characters and recruiting arch enemies, most of which involve some elaborate combination of rare enemies, largely unused magic, and useless in game items. While there are unused key items, materia, and area’s in the games data, two decades after release there is still no proof of being able to recruit Sephiroth, and if it hasn’t been done by now without hacks and cheats, then I’m happy to suggest that it was never possible. There will forever be a question mark over exactly what the Masamune blade and 1/32 scale soldier figurines were originally intended for, but if you’re looking at picking up FF7 for the first time – don’t drive yourself nuts trying to find answers, the internet is a flood of trolls who make up ridiculous theories just to see if they can get you to try them out.

The game has a surprising amount of saucy and lewd undertones, and a few sick and twisted ones. Recruiting Yuffie in disc two while using Tifa as your lead character will cause the potential new party member to refer to the buxom boxer simply as ‘Boobs’. Taking the back staircase into the Shinra Building causes Tifa to call Barret a retard, and at the end of disc two there is a heavy suggestion that Tifa and Cloud have gotten intimate – and in removed scenes this is confirmed as the two were originally planned to be seen taking the walk of shame out of the Chocobo stables on the Highwind. Along with these easy to miss tidbits, there’s also an entire portion of the game dedicated to cross-dressing your way into the local bordello in the most convincing way possible, including finding the right wig, dress, and perfume that will garner the attentions of the owner of the local love hotel. The same hotel where president Shinra can be seen through a keyhole partaking in some less than flattering role play, and Cloud gets forcibly molested by a gang of musclebound men in the ‘group room’ – oh yeah, and the first time you meet Nanaki the wolf-like creature, is while Hojo is trying to force him into raping Aeris for the preservation of their two species. Errrrrrr…… FF7 is jam packed full of hidden content and side quests that make it playable for days on end, and replayable over and over again. Some of the best of these are Chocobo racing and breeding, snowboarding and submarine hunting, and the Battle Square tournaments at the Gold Saucer. There’s a couple of non-mandatory characters you can recruit, a hidden portrait of Final Fantasys creator, and even a few placeholders, artifacts, and items with no use simply due to the size and complexity of the game relevant to the time of it’s release. Final Fantasy 7 is definitely one of the most defining games of any era in video games.

Battle stances, while never properly explained in the game, are incredibly useful! Make sure you use the switch command to put any character with a long range weapon in the back row, and any melee fighters in the front row. This will ensure all of your characters attack with optimum damage, but take as little as possible. This is because fighters in the back row take half the damage from enemy attacks – and would usually attack at half the damage too, unless they are using a ranged weapon like Barret and Vincent’s firearms, or Yuffie’s shuriken.