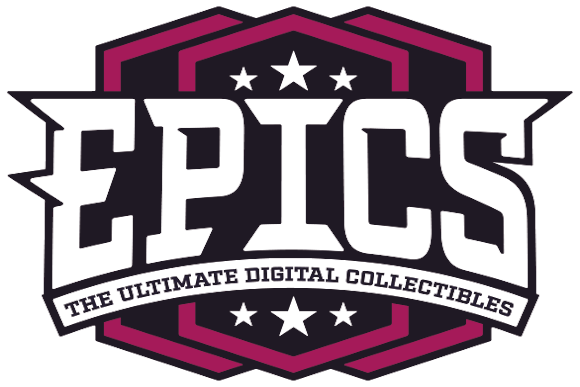 I grew up during a turning point in the trading card scene where cards (specifically NBA, but many many more as well) went from being a beloved hobby of few, to a worldwide phenomenon with mass production and the introduction of ‘insert’ cards (rarer, small sets of card that had a rarer drop chance in packets) really pushing ‘the scene’ take off and hold hype for years on end. This same trend comes and goes regularly now, rarely going more than a few years before hearing about a new type of card that’s been banned from schools (NBA, Pokemon, Yu-Gi-Oh, and Woolworth Australian Animals… to name a few). I stopped collecting cards a long time ago, retiring (so to speak) with about 20,000 mint condition cards that all formed numerous complete sets. Some had value, some were just fun, and every single one remained in the same cardboard boxes for almost 20 years before I put them out to pasture (sold… not thrown away!).

But now there’s something fresh on the horizon… something that allows me to revive my love of collectible trading cards without breaking the bank (in fact, without spending any money at all if that’s how I wish to play it). Enter Epics.gg, CS:GO digital trading cards. 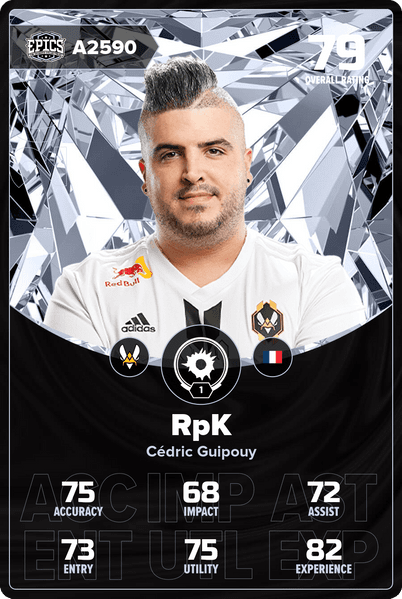 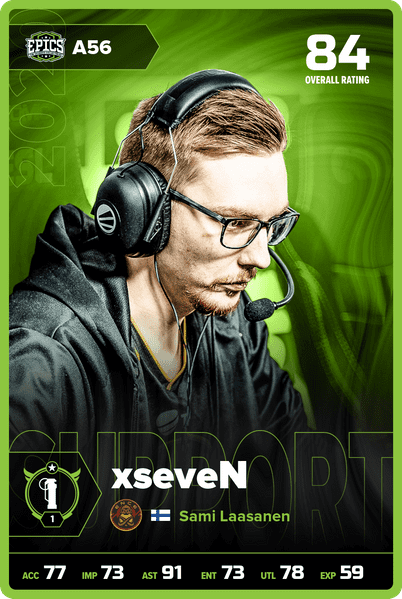 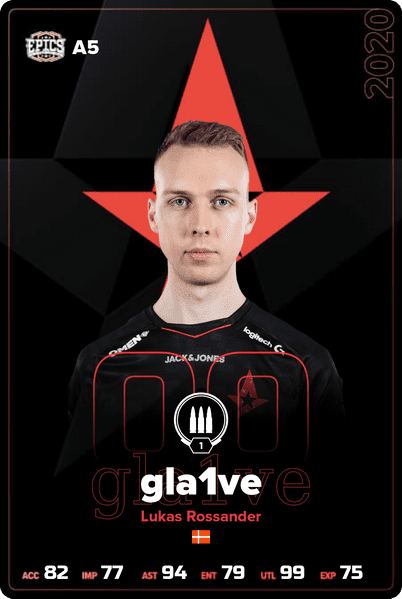 At it’s core, Epics sell crypto-collectibles within their own micro-economy, gaining all the benefit of unique cards with traceable transaction histories while at the same time masking the common user from ever needing any knowledge about blockchain technology, but the beauty is in the collectibles themselves.

The team have done a fantastic job of replicating everything you would expect as a physical card collector including purchasing different pack types (with different rarities and insert sets available), the mystery of opening those packs (virtually, of course), and the thirst to collect complete sets and increasingly rarer cards.

In a brilliant stroke of engagement Epics also give you a game wheel (or spinner as they call it) that you can spin for free everything 30 minutes and gain an array of prizes at no cost (In-game currencies, packs of cards, and a few big win features that are hard to come by). This means even the most casual player can still collect the many possible sets of cards, trade, buy and sell on the market place, etc exactly the same as those willing to spend money. They just have to deal with doing it much slower and risk prices driving up on rarer sets – much like the real world.

But what makes them special? Who cares about digital cards? What can you do with them?

Well.. unlike almost anything else that goes digital (music, movies, etc) these collectibles cannot be pirated, as they are created within and protected by the Etherium blockchain. They have mint numbers (something physical cards don’t even do), fully visible transaction histories for every card, as well is known statistics such as how many of each card and type exist in circulation. These factors prove rarity and create scarcity; the very formula that make collectibles exactly that – collectible.

While some people prefer the physical touch and feel of opening a fresh packet of cards and sliding it into a plastic sleeve for safe keeping, I for one (as a technologist and earth-conscious citizen!) am all in favour of moving to a digital base. The elegant move from needing to keep your cards in mint condition to striving to find the lowest/rarest mint number is a masterstroke in physical to digital user experience, and a feather in the cap of Epics designers.

With a fantastic range of sets, rarities, tiers, and epic unique pieces such as personally signed assets, it’s hard not to fall in love with Epics if you’re a fan of CS:GO and trading cards. There’s even rankings per card (varied on mint#) and global leaderboards added, allowing you to truly see who has the more superior collections around the world.

I was lucky enough to chat with the Epics.gg team and ask some more in-depth questions than a typical player would find out. Enjoy.

Talking with Joe from the Epics.gg team; First of all thank you very much for taking the time to have a little Q&A with us. I personally have been using the Epics platform for a couple of weeks now and am very much enjoying myself on there. I’ve spent a little money and explored most of the current functionality that’s available to a new player.

Q: Tell us the elevator pitch for Epics. In your own words, how do you describe the product you’ve created to people?

A: Well, I was a user first before I was on the Epic’s team. My role is focused around community management and customer support so I can’t take credit for being a creator of this app, but rather an individual who fell in love with the concept of digital esports collectibles.  Epics is much more than a mobile or web app. It’s a platform. This platform is actively engaging casual gamers, collectors, pro players, teams, tournament organizers, etc. Collecting cards, winning digital and physical signed memorabilia, and owning items on the blockchain is merely the overview. We’re an ambitious group and can’t wait to show what more we have in the works later this year!  Think of something you really enjoy. This could be a television show, a sports team, cat pictures, anything! Traditionally, people would support their interests by buying physical items that represent what they enjoy. Epics provides the platform for individuals to collect items digitally, support players and trade items anywhere with anyone at any time.

Q: How long has Epics been in operation for? Judging purely by the available products I would guess that the ‘Founders collection’ is 2017, is that right?

A: Yes, the first season on Epics was Founders. This collection featured CS:GO digital cards and released during 2017.

A: Our thought process is not to distance users from blockchain, but to promote collecting in a way each individual prefers. Users have the ability to tokenize cards to the blockchain and move them to their blockchain wallets. Users can also choose to keep all owned content on their Epic’s user account or a mix of both! (Ed: Epic’s uses Etherium blockchain and wallets to store collectibiles)

Q: That’s a solid strategy! Did you find that the in-game economy came fairly naturally, or is it still continuously tweaked as the market ebbs and flows?

A: That’s a tough question! In many aspects, I would consider Epics pioneers of the digital platform. There are other digital collectible apps and blockchain focused card games, but with a focus in video game players; we are quite unique.The in-game economy has changed but the end goal is and has always been stability. We have had significant increases in users, updates in content, and partnership changes. We offer users free content through the prize wheel every thirty minutes and achievement rewards with long term account goals and daily/weekly challenges. We offer both limited/timed content drops and rare content accessible in diamond packs through the store all season long. Our biggest focus this season was less re-skinned content and more rare content that holds its value throughout the season. We think our in-game economy for currencies and content are in a great position!

Q: What are the current priorities and focus for the Epics team? Obviously there is constant new product lines, but what else hits the radar in the day-to-day operations?

A: Short term we are working on bug fixes and performance updates for mobile and the web app. We are also brainstorming a possible temporary change to the prize wheel to engage users during the quarantine. In the near future we are working on the in game functionality of adding owned stickers to cards and some other features coming during the 2020 season including updated crafting!

Q: Sounds like a pretty full on workload! What lead you down the path of creating digital CS:GO trading cards as opposed to other esports?

A: Unfortunately I cannot answer that question. I was not on the original team when the journey began and it was not something I have asked them. I was more focused on persuading the team to add more titles!

Q: What sort of titles would you add? In a perfect world, whatever you liked!

A: I really like the Call of Duty League and the personalities in that scene. Fortnite would be awesome too! I’d welcome any new titles, I just love collecting!

Q: The cards themselves look beautiful, and as an old card collector myself I just can’t get enough of the addictive satisfaction  of collecting the latest set, and rare cards of my favourite players. How did you find obtaining the agreements with esports orgs and TO’s like ESL? Were they receptive to the idea straight off the bat?

A: You can thank our kick ass co-founder and CEO Mark for negotiating those deals! Mark works on the majority of our deals and contracts and is doing a fantastic job. It’s a lot of meetings and negotiating, as one would expect.

Q: While I haven’t seen one myself yet the thought of obtaining a signed card is absolutely mouth-watering. How do you see the current global pandemic affecting the run of these future ultra-rare draws?

A: We hosted signature sessions at IEM Katowice. Keep a look out for future events with the opportunity to receive signed cards!

Q: What’s next for Epics? Anything big on the horizon that you’re able to give a teaser for?

A: Covid-19 has been an obstacle we are still working to overcome; but it’s no secret that one of the next big projects we are working on is physical cards!

Q: That’s awesome and obviously raises unique issues. Are you planning to sell them in packs like traditional cards and mirror the digital platform, or have them more limited to coincide with the digital (like physical redeems, etc to reduce production costs/requirements)? Most of the companies in that space are supplementing their physical products with digital rather than the other way around; if they’re doing anything at all. For example Panini have created their own blockchain, while NBA are partnering with the guys that made CryptoKitties. Does Epics hope to mimic one of these approaches or have a unique take on it (again, like your digital platform)?

A: We are still working out the logistics of physical cards, but have a few ideas we are considering including in game redeemables. I wouldn’t say we are mimicking other companies. We have a partnership with OpenSea currently; so you can do auctions of cards in your cypto-wallet on their platform!

Q: I had seen OpenSea, obviously that brings a whole other level into the mix, with the ability to meld crypto-collecting and crypto-trading together. Very exciting times ahead, especially in this upside-down world right now that is no doubt going to be thrust into a digital revolution by demand. Thank you so much for your time Joe, it’s been a pleasure talking.

Thanks for taking the time out for a chat Joe. It’s much appreciated and we can’t wait to see what comes next from the Epics.gg team!