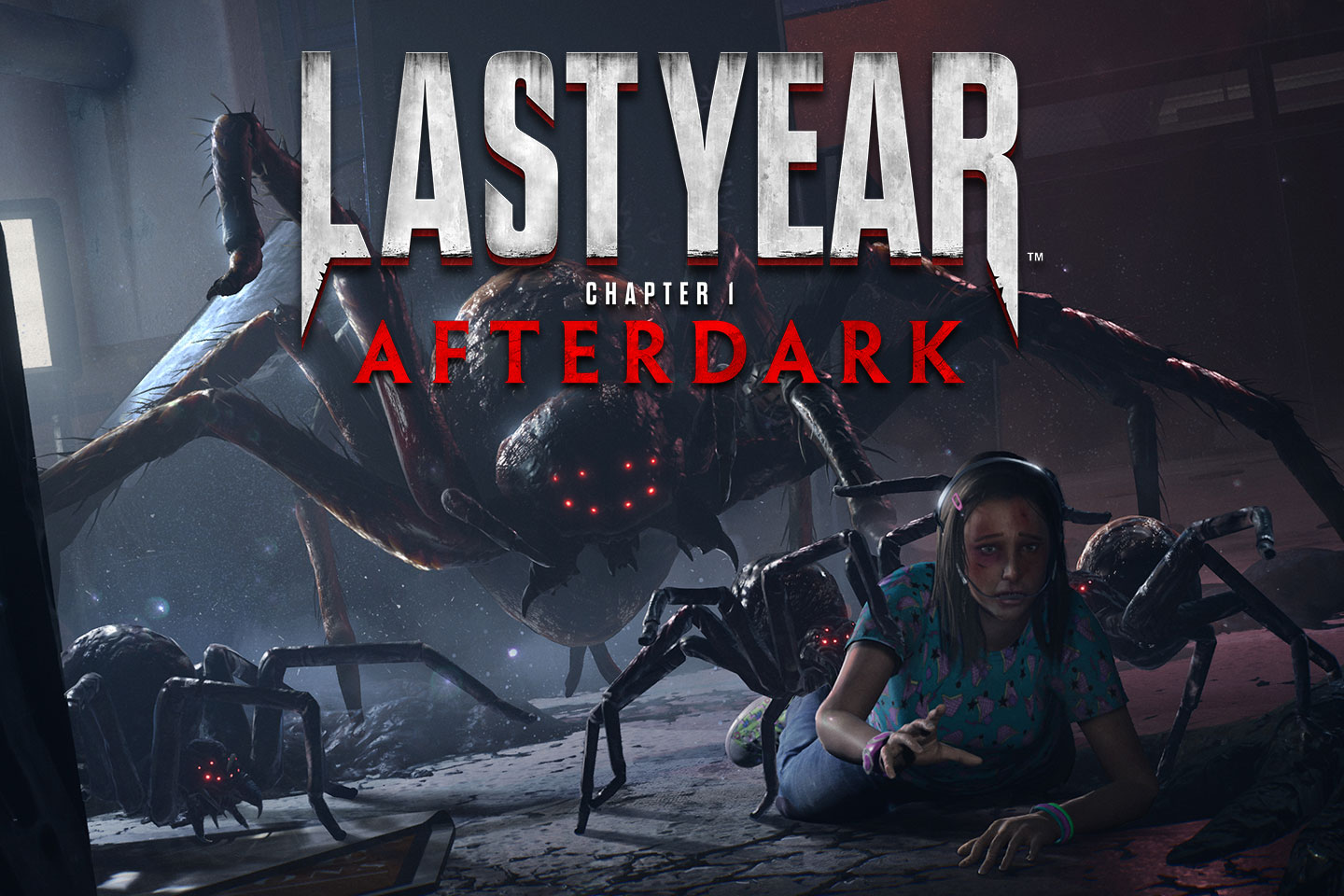 According to Steamspy, as of yesterday, Last Year had a mere 99 people playing the game at its busiest period.

When I first saw the teaser trailers for Last Year: The Nightmare, I was immediately skeptical. Even in alpha stage it looked gorgeous, with truly impressive graphics and lighting, as well as running at a buttery-smooth framerate. I love a game that pits multiple players against one vastly overpowered one, where strategy and communication are key to survival and therefore, success. After convincing my friends to purchase the game through the then-operating Discord Store, we eagerly awaited the day of its launch.

That day came, and lo and behold, the game actually ran as good as it did in trailers! Beams of light poured through between wooden planks on windows, lightning illuminating the rooms and hallways of the immensely creepy abandoned high school. Everything was optimized, and waiting for a joinable session didn’t take long at all. Last Year was going to put Dead by Daylight in a brutal chokehold, and pulverize it into a bloody pulp – and it deserved to. 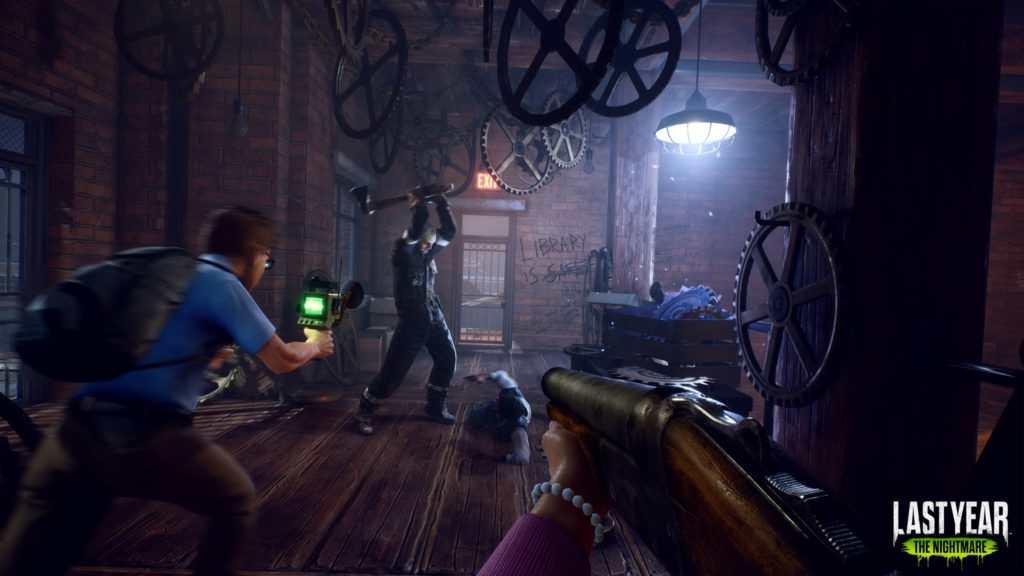 Last Year launched as an exclusive to the then-active Discord store, as part of the “First on Discord” lineup. Due to a lack of users, however, the Discord Store would shut down only 12 months later. Games in players’ libraries would be rendered obsolete, and the complicated process of refunds/ownership transfers began. I only owned Last Year on the Discord store, and thankfully, arranging a key for Steam was relatively painless. Playing the build of the game released on Steam, however, would be anything but painless…

My team of survivors and killers reunited for the launch of Last Year on Steam. We figured the game could only get better, as there would easily be more players on a more popular digital storefront. That, and Last Year’s developer, Elastic Games had already announced a new antagonist for the game: a giant goddam’ spider! They were also teasing future updates and promising that they would arrive relatively quickly. 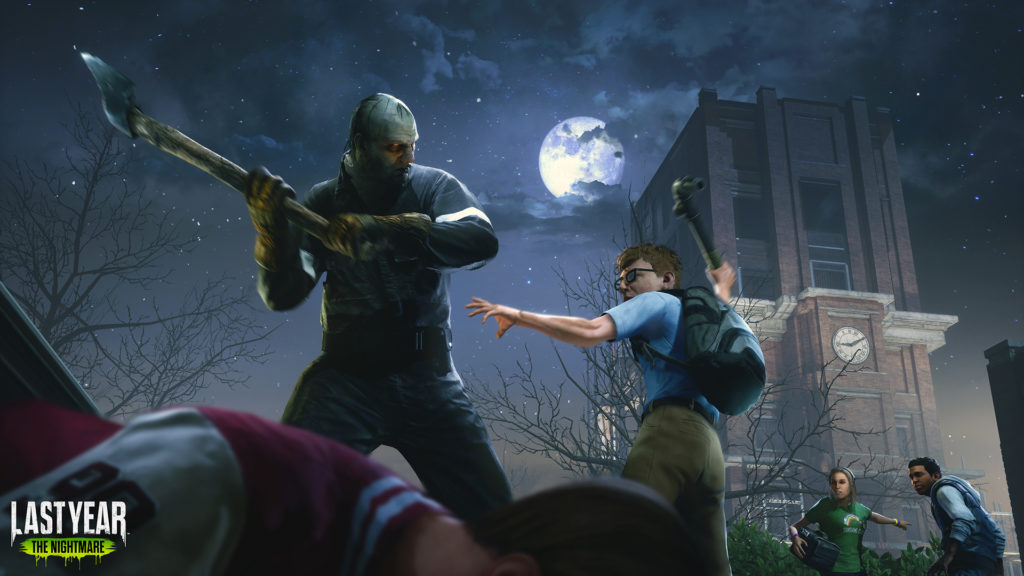 Unfortunately, the Steam version of the game performs incredibly poorly compared to its Discord predecessor. Smooth framerates are gone, with the game jittering along no matter what the graphic quality is set to. I normally have no problems running games at 4K resolution (or 1440p if the game is truly demanding on my system) and I wasn’t even able to get Last Year running smoothly on 1080p.

There is an abundance of poorly optimised games available on Steam. Some developers even make a living off of shoddily-performing games (I’m looking at you, Studio Wildcard), but this didn’t feel like lazy game development. Last Year truly came from a team that appreciated 90’s horror like I Know What You Did Last Summer, Urban Legend and The Faculty. Gameplay could have been expanded, more characters and villains added, and it already had amazing graphics and a smooth, stable framerate. 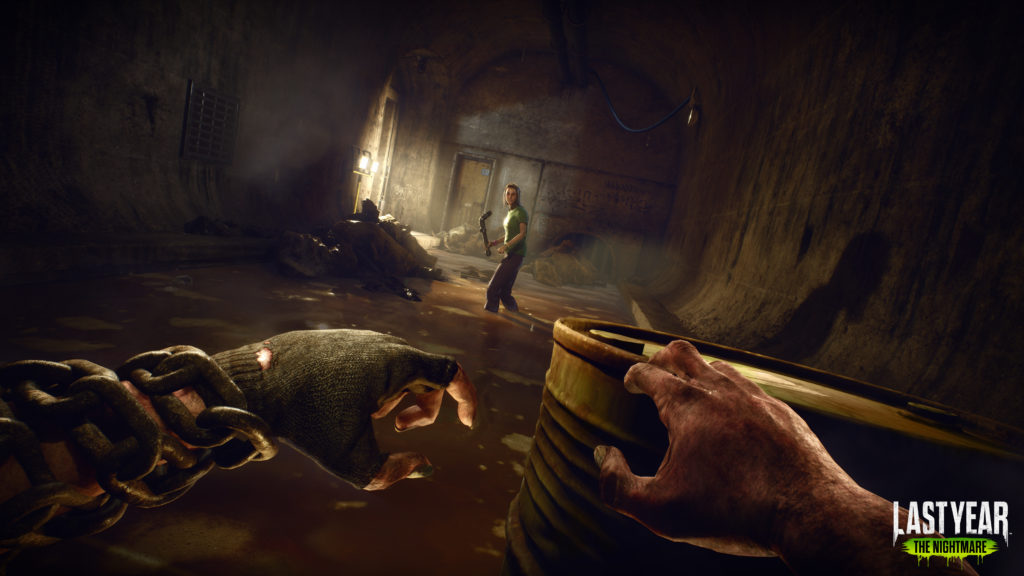 According to Steamspy, as of yesterday, Last Year had a mere 99 people playing the game at its busiest period. Feedback via Steam reviews (which in this case seem genuine) is that Elastic Games are merely pretending to fix the game via patches, that they aren’t listening to feedback at all, that the game remains unbalanced and even when they were people playing the game, it took an interminably long time to join a game.

Perhaps Last Year will serve as a precautionary tale for developers who agree to launching their game exclusively to a digital storefront, or as a reminder to developers to ensure their game is optimised from the get-go on Steam. Whatever the case, it’s a travesty it turned out this way for Last Year, as it held so much potential and began as an entertaining and extremely playable horror title. I have no doubt that Elastic Games will, like their namesake, bounce back from this and develop a stellar title in the future, but it seems for now, Last Year lies bloody on the floor, whimpering for a mercy kill.